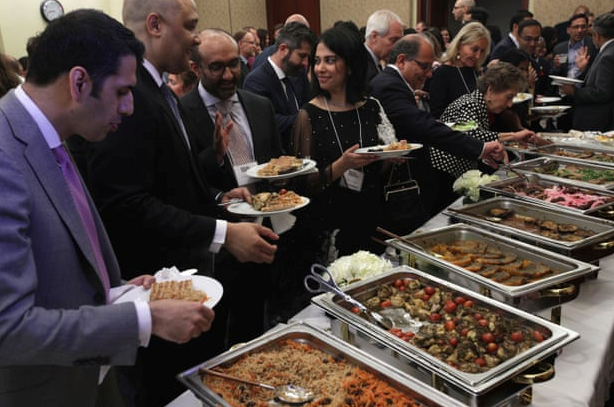 Last week Trump hosted an Iftar, and without any American Muslims of course, and this week Muslim Congress members Rep. Ilhan Omar, Rashida Tlaib, and André Carson, along with the Muslim Advocates organization, hosted their own Iftar in the U.S. Capital in honor of Ramadan.

“It’s important to take a moment to recognize how historic this iftar is,” Tlaib said in The Huffington Post. “This event lifts an entire community that has felt unseen for far too long. We have been unjustly targeted to ignite fear and promote an agenda of hate. Tonight, we recommit to being rooted in justice, inclusivity, and a sense of belonging.”

In 2017 Trump cancelled The White House Iftar completely, a tradition started by Pres. Clinton in 1996. The past two years it has consisted of foreign Muslim diplomatic officials and no American Muslim leaders. Farhana Khera is the executive director of the Muslim Advocates and believed it is necessary not to “present Muslims as strictly foreign or other.”

This dinner was a huge step for Muslims and Muslim women especially. It shows that no matter how much they are targeted or disrespected our Muslim representatives will not be silenced and will continue to work and fight for the rights of all people.

In Ilhan Omar’s speech she recalls the Democratic National Convention when the father of a deceased Muslim U.S. soldier spoke with his wife standing alongside of him. Rep. Omar mentions how Trump commented on it saying “I don’t know if Muslim women are allowed to speak.” 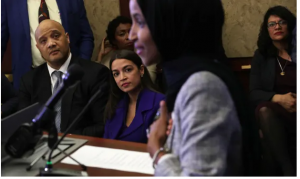 Image taken from The Guardian, by Alex Wong for Getty Images

“Little did they know they would be getting the two loudest Muslim women in the country in Congress with the biggest mike!” she exclaimed.