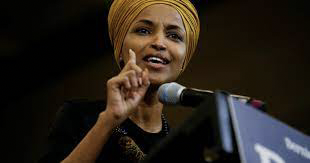 CNN reports that Representative Ilhan Omar is leading a group of lawmakers to create an envoy to combat Islamophobia. This movement comes after a rise in anti-Muslim rhetoric across the world, heightened by Western attitudes towards Islam. The recent decision to allow businesses to ban hijab in the European workforce in addition to many other recent attacks on Muslims have forced many Muslims to fear rising Islamophobic attacks.

Omar and other Democratic representatives are sending a letter to Secretary of State Antony Blinken to argue for the US to play a “heightened role in monitoring Islamophobic incidents around the world.” The group is asking for Blinken to include state sponsored Islamophobic violence in the annual human rights report, as well as asking Blinken to establish a convoy to fight and investigate Islamophobia (similar to what is done with anti-Semitism).

The lawmakers write, “As part of our commitment to international religious freedom and human rights, we must recognize Islamophobia as a pattern that is repeating in nearly every corner of the globe. It is past time for the United States to stand firmly in favor of religious freedom for all, and to give the global problem of Islamophobia the attention and prioritization it deserves.”

The convoy is a step in the right direction, specifically a direction that many Muslim organizations have advocated for; however it is pertinent that if implemented, it must be done so in a way that won’t simply increase surveillance on Muslims nor implement tactics of Western imperialism to monitor and interfere in other countries.

Although you can support this convoy, it is furthermore necessary to combat Islamophobia in your local communities. Support your local Muslims, build communities oriented with social justice, and take steps to educate your community on their rights as an American.