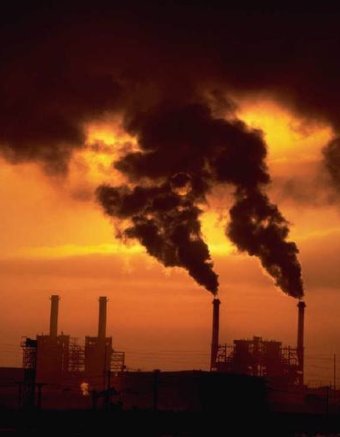 By Naeem Baig – Naeem M. Baig is the President of the Islamic Circle of North America (ICNA). He is also serving as the Executive Director of “ICNA Council For Social Justice”. Mr. Baig served as the Secretary General of the Islamic Circle of North America from 2000 to 2004, and later from 2006 to 2008. Mr. Baig served as the consultant on the ‘Study on Christian-Muslim Relations’, sponsored by the Department of Interfaith Relations of the Presbyterian Church (USA). Currently, he co-chairs the ‘National Muslim-Christian Initiative’.” He was a member of the ‘Taskforce on Global Initiative on Faith, Health and Development’. He also serves as the Muslim Coordinator for the ‘Catholic-Muslim Mid-Atlantic Dialogue’, which takes place every year between Catholic Bishops and Muslim Leadership in America. Mr. Baig is the Chairman of “American Muslim Taskforce for Civil Rights and Elections” and is a board member of “National Coalition to Protect Civil Freedoms” and “Interfaith Workers Justice.”

On Wednesday, September 17, I joined over 150 faith leaders and environmental activists at a Climate Change conference, which was organized by Religions for Peace USA and GreenFaith at the UN Plaza Church Center.

ICNA is a member of the Executive Council of Religions for Peace USA. I was asked to speak at this program from an Islamic perspective and also on behalf of RFP-USA, as I am its current Moderator.

Climate Change is a reality that any sane person cannot deny. It is happening in front of our own eyes if we choose to see it. We must also accept that when we say Climate Change, we are not talking about our own neighborhoods, cities or countries. We must be able to look beyond our surroundings and see its global impact. We are citizens of this world and any change in its climate effects us all living on this earth.

I planned to drive to New York to participate in this conference and went to my local car rental company. I had reserved a small size car for myself. The car rental employee decided to give me a favor by offering me an enormous SUV only for an additional $10/day. I laughed at his offer and told him that I am going to a conference on Climate Change and he is offering me this huge gas guzzler. He smiled but still tried to sell me the offer by suggesting that this SUV is much more luxurious and comfortable.

I took my small car but his sales pitch was still echoing in my ear and I started to think about what he had said.  This whole notion of consuming beyond our means or needs and seeking a luxurious lifestyle is what makes each and every one of us responsible in impacting our climate.

We are not eating to live but rather living to eat. Food chains are marketing tall cups of coffee instead of small even if we cannot finish it. I have always wondered why a regular can of soda sells cheaper than a small can of soda. We are becoming obese and sadly speaking, the new list of top 10 fattest nations has five Muslim countries on it. The Prophet Muhammad (PBUH) taught us to leave 1/3rd of our stomach empty when eating a meal. It seems as though we love our prophet but we love our lamb shanks more.

Almost 85% of electricity is produced by burning coal. We need electricity but what about the waste? We are lighting up our city skies so much that our children do not know what ‘twinkle twinkle little star’ means.

The debate on climate change must talk about mega corporations and their irresponsible practices causing pollution of our environment but this debate must also include our own lifestyles.  Corporations are destroying our agricultural lands and water resources to produce more. We cannot drink water directly from our wells any more. Coal mining, fracking and shale all are contributing in emitting enormous amounts of lethal gases in the atmosphere.

My faith teaches me to practice moderation. Not to be wasteful and extravagant and at the same time not to be miserly either.  In the Qur’an, God Almighty tells us that He has made us inheritors of this earth. This is a cycle where today we are the caretakers of this earth and tomorrow it is going to be our children.

Let us ask ourselves how well are we taking care of this earth and in what shape are we going to leave it for our children?

Be it the coal mining capital of the world West Virginia, which ranks the lowest in almost all major aspects of human living, or the flood ravaged lands of Pakistan, climate change is real and the poor and marginalized members of our communities are suffering from it the most.

Politicians are not going to do much because they have to worry about winning their next elections and thus cannot afford to lose their donor corporations.  Religious and Faith leaders must take the lead in protecting our environment. They must use their influence in raising awareness in their communities. They must start with their own places of worship. Their voices together can make the difference. Corporations will listen and politicians will act if the sermons and Khutbas are going to bring a change in the way we live.

Are you worried about rising temperatures and water levels, decrease in honeybee populations and extinction of many plant and animal species, melting of glaciers, flooding of lands and landslides, earthquakes and tsunamis, typhoons and tornadoes ……?