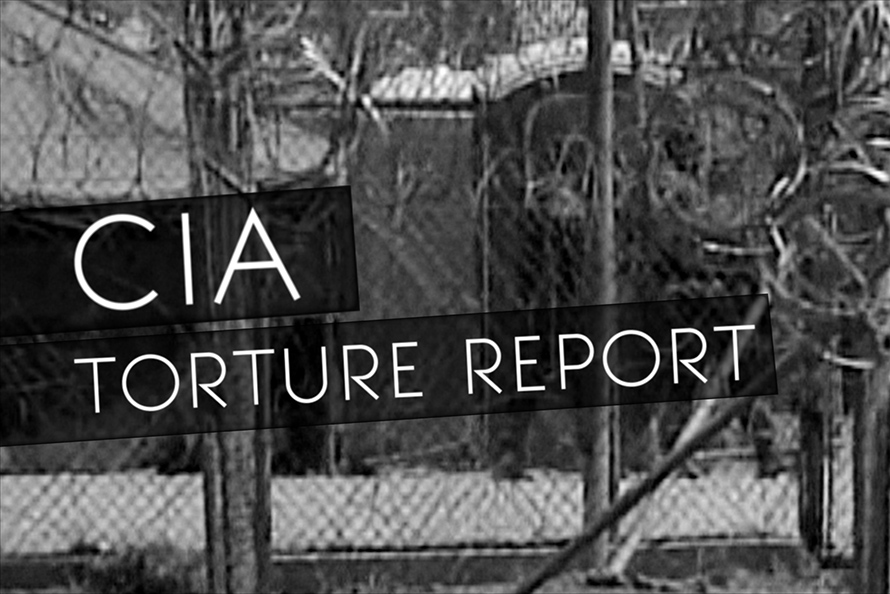 Here’s some background information about the U.S. Senate Select Committee on Intelligence’s report on the CIA and its detention and interrogation program.

Facts:
The report is the result of an investigation into six years of detention and “enhanced interrogation techniques” used by the CIA against suspected terrorists in secret sites around the world.

Among the report’s conclusions:

— “The use of the CIA’s enhanced interrogation techniques was not an effective means of obtaining accurate information or gaining detainee cooperation.”

— “The interrogations of CIA detainees were brutal and far worse than the CIA represented to policymakers and others.”

Republican senators on the committee did not participate in the study. Six of the senators issued a dissent, “We have no doubt that the CIA’s detention program saved lives and played a vital role in weakening (al-Qaeda) while the program was in operation.”

The Report By the Numbers:
119 detainees were held at CIA sites between 2002 and 2008. This is 20 more than previously reported by the CIA.

39 detainees were subjected to enhanced interrogation techniques, which included sleep deprivation, waterboarding, prolonged standing, and exposure to cold. All but one of these interrogations took place before April 2006.

At least 26 detainees were found to be held “wrongfully.”

At least five detainees were subjected to rectal rehydration.

One detainee died in custody, possibly due to hypothermia.

Timeline:
September 11, 2001 – In an attack orchestrated by al Qaeda, 2,977 people are killed in New York City, Washington, DC and outside of Shanksville, Pennsylvania, in the worst terrorist attack in U.S. history.

February 7, 2002 – President Bush issues an executive order that declares “members of al Qaeda, the Taliban, and associated forces [as] unlawful enemy combatants who are not entitled to the protections that the Third Geneva Convention provides to prisoners of war.”

March 2002 – Alleged al Qaeda operative Abu Zubaydah is captured in Pakistan. He is the first detainee held by the CIA. Over the next four and a half years, he is transferred to secret prisons around the world and subjected to numerous rounds of enhanced interrogation, including at least 83 instances of waterboarding. He also loses an eye while in custody. The CIA records 90 video tapes of Zubaydah in 2002, including some showing enhanced interrogation.

August 2002 – Assistant Attorney General Jay Bybee writes a memo stating that interrogation tactics such as waterboarding, sleep deprivation and slapping do not violate laws against torture when there is no intent to cause severe pain.

September 4, 2002 – The CIA briefs House Intelligence Committee ChairmanPorter Goss and Nancy Pelosi, the ranking Democrat on the committee, on the CIA’s detention and interrogation program. It is the first of 40 CIA briefings before Congress that take place from 2002 to 2009.

March 1, 2003 – Khalid Sheikh Mohammed, the alleged mastermind of the September 11th attacks, is captured in Pakistan. Over the next month he is waterboarded a reported 183 times.

July 29, 2003 – At a meeting with national security officers and Vice-President Dick Cheney, the CIA tells the White House that the use of enhanced “techniques has produced significant results.” The agency also says during the meeting, “termination of this program will result in loss of life, possibly extensive.” Others at the meeting are director of the CIA, George Tenet; the CIA general counsel, Scott Muller; National Security Advisor Condoleezza Rice;White House Counsel Alberto Gonzales; Attorney General John Ashcroft; Acting Assistant Attorney General in the Office of Legal Counsel, Patrick Philbin; and counsel to the National Security Council, John Bellinger.

September 16, 2003 – Secretary of State Colin Powell and Defense Secretary Donald Rumsfeld are briefed on the CIA program for the first time.

June 2004 – CIA Director George Tenet issues a memo suspending the use of both standard and enhanced interrogation techniques, pending review.

December 2004 – Daniel Levin, acting Assistant Attorney General of the Justice Department’s Office of Legal Counsel, renounces the 2002 memowhich defined torture as treatment that inflicted pain equivalent to a “serious physical injury, such as organ failure, impairment of bodily function or even death.”

May 10, 2005 – Principal Deputy Assistant Attorney General Steven G. Bradbury gives re-approval to a number of enhanced interrogation techniquesand says in a memo, “Several of the techniques used by the CIA may involve a degree of physical pain, as we have previously noted, including facial and abdominal slaps, walling, stress positions and water dousing…Nevertheless, none of these techniques would cause anything approaching severe physical pain.”

November 2, 2005 – The Washington Post reports on the existence of secret CIA prisons in Thailand, Afghanistan and Eastern Europe.

November 2005 – Jose Rodriguez, director of the CIA’s National Clandestine Service, orders that 92 tapes of terror suspect interrogations be destroyed. The tapes were made in 2002 and showed the interrogations of Abu Zubaydah and Abd al-Rahim al-Nashiri, including waterboarding.

April 2006 – President Bush is briefed for the first time on the specific enhanced interrogation techniques used by the CIA.

June 29, 2006 – The Supreme Court rules that Common Article 3 of the Geneva Conventions applies to detainees in U.S. custody.

October 17, 2006 – President Bush signs into law the Military Commissions Act of 2006, creating new rules for interrogations. “This bill will allow the Central Intelligence Agency to continue its program for questioning key terrorist leaders and operatives like Khalid Sheikh Mohammed, the man believed to be the mastermind of the September the 11th, 2001 attacks on our country. This program has been one of the most successful intelligence efforts in American history. It has helped prevent attacks on our country. And the bill I sign today will ensure that we can continue using this vital tool to protect the American people for years to come. The Military Commissions Act will also allow us to prosecute captured terrorists for war crimes through a full and fair trial.”

July 20, 2007 – President Bush signs an executive order specifying that the CIA is forbidden to use cruel or inhuman treatment – including insulting a person’s religion or religious practices – when interrogating detainees, specifically suspected terrorists.

November 8, 2007 – This is reportedly the last time the CIA uses enhanced interrogation techniques on a detainee.

December 2007 – The news media reveals the recording of CIA terror interrogations in 2002 and the subsequent destruction of the tapes in 2005.

April 2008 – The CIA ends its detention of terror suspects.

January 20, 2009 – Barack Obama is sworn in as president. Soon after, he signs executive orders to close secret CIA prisons, ban coercive interrogations and close the Guantanamo Bay detention center within one year.

March 5, 2009 – The Senate Intelligence Committee launches a review of the CIA’s interrogation and detention program.

November 9, 2010 – The Justice Department announces that no criminal charges will be brought in the DOJ’s long-running investigation of the destruction of CIA videotapes of terrorism detainee interrogations. John Durham had been investigating the matter since 2008.

June 28, 2011 – John Durham recommends a criminal probe into the deaths of two prisoners in CIA custody but clears U.S. interrogators of wrongdoing in all other cases.

August 30, 2012 – The investigation into two deaths of CIA detainees ends with no prosecutions.

December 13, 2012 – The Senate Intelligence Committee approves the study on the CIA’s detention and interrogation program.

April 3, 2014 – The Senate Select Committee on Intelligence votes to send the report to the president for declassification.

December 10, 2014 – The Justice Department announces that it does not plan to initiate any new criminal investigations as a result of the torture report. U. S. law enforcement sources say if another country files an arrest warrant for a U.S. official related to the CIA program, the Justice Department will not enforce it.

Reaction:
CIA Director John Brennan – “It is our considered view that the detainees who were subjected to enhanced interrogation techniques provided information that was useful and was used in the ultimate operation to go against Bin Laden.”

Dick Cheney, former vice president – “What I keep hearing out there is they portray this as a rogue operation, and the agency was way out of bounds and then they lied about it…I think that’s all a bunch of hooey. The program was authorized. The agency did not want to proceed without authorization, and it was also reviewed legally by the Justice Department before they undertook the program.”

Alberto Gonzales, former Attorney General – “My initial reaction was disappointment, disappointment about the report generally because I don’t know how much of it is true. Since it was signed only by Democrats, I don’t know whether information that was in the report was placed out of context. I don’t know what omissions of fact and evidence exists. And obviously, we know key participants, key witnesses, key players in this weren’t even interviewed and for that reason, I think the report is terribly flawed”

Michael Hayden, former CIA director – “I think the conclusions they drew were analytically offensive and almost street-like in their simplistic language and conclusions.”

Secretary of State John Kerry – “It was right to end these practices for a simple but powerful reason: they were at odds with our values. They are not who we are, and they’re not who or what we had to become, because the most powerful country on earth doesn’t have to choose between protecting our security and promoting our values.”

Senator John McCain – “It is a thorough and thoughtful study of practices that I believe not only failed their purpose — to secure actionable intelligence to prevent further attacks on the U.S. and our allies — but actually damaged our security interests, as well as our reputation as a force for good in the world.”

President Barack Obama – “These techniques did significant damage to America’s standing in the world and made it harder to pursue our interests with allies and partners.”