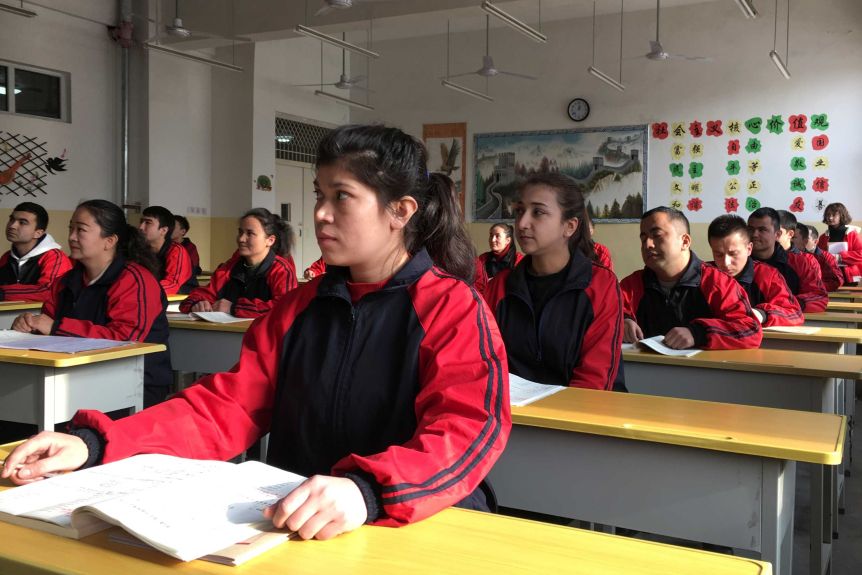 On January 7, 2021, the official Twitter account for the Chinese Embassy in the US tweeted the following: “Study shows that in the process of eradicating extremism, the minds of Uygur women in Xinjiang were emancipated and gender equality and reproductive health were promoted, making them no longer baby-making machines. They are more confident and independent.” 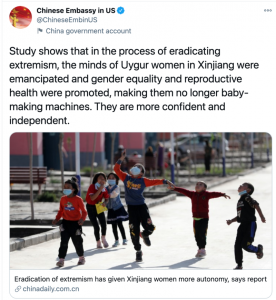 Twitter has since removed this tweet, citing a violation of Twitter rules. The tweet itself linked to an article denying allegations of forced sterilization of women in occupied East Turkestan, known as Xinjiang in China.

An investigation by the Associated Press found that authorities in China subjected thousands of Uyghur women to pregnancy checks, forced intrauterine devices, sterilization, and abortion. The AP also found that birthrates decreased by 60% in the Uyghur regions of Hotan and Kashgar, compared to the 4.2% decrease nationwide. These findings were based on government statistics, state documents, and interviews of former detainees of detention camps. These statistics have been known for many months; however, the Chinese embassy’s tweets shifts the narrative a perspective the Chinese government is now highlighting – the programs of forced sterilization being in place in order to “eradicate extremism.”

This reasoning by the Chinese embassy and government will continue to deny the many proven allegations of the cultural genocide against Uyghur and other Turkic Muslims in China.