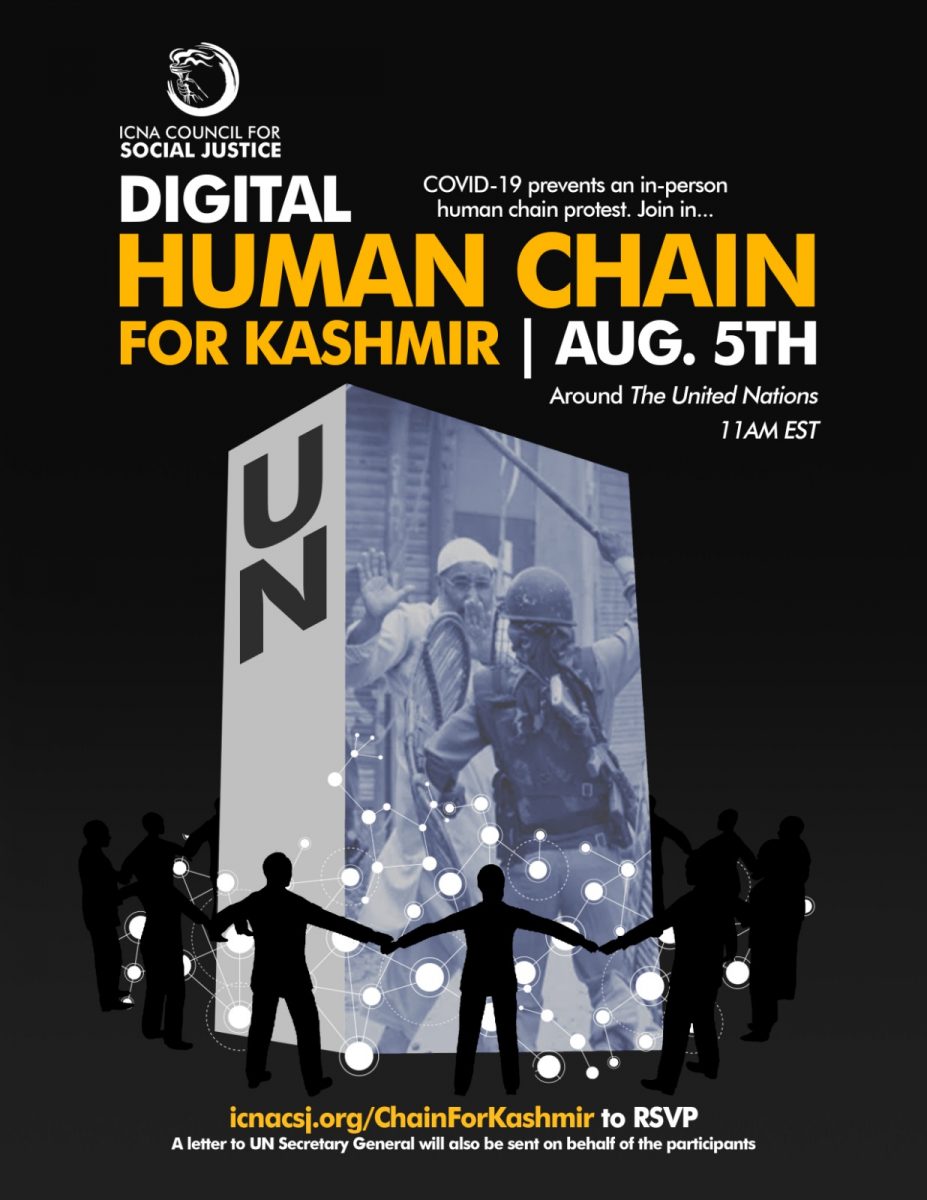 Join the Chain By Filling Out the Form Below

It is our moral and human duty to raise our voices against this injustice to an entire population on August 5th, 2020. We urge you to join the Digital Human Chain around United Nations for Kashmir on August 5th 11:00 AM. EST.