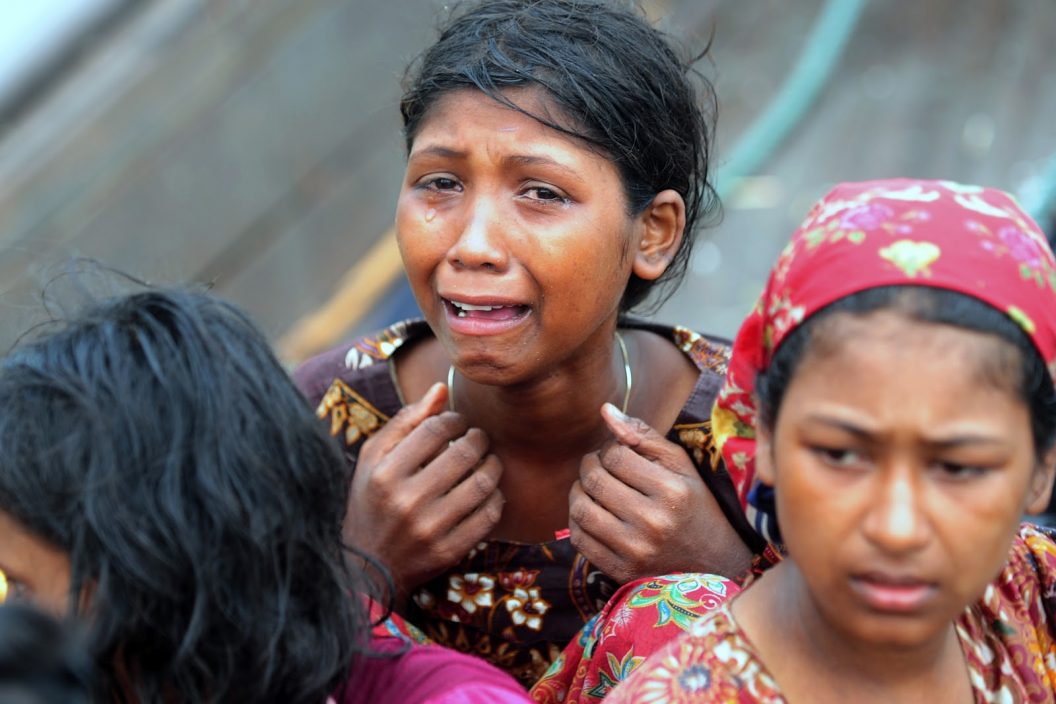 Just imagine the year is 2100 CE, long after we are all dead. A school child is studying Muslim history of the last century. He finds extremely disturbing events that took place at the beginning of that century. More than a million people were persecuted with murders, expulsions from homes, and dishonoring of Muslim women. The most disturbing fact is that it was not that Muslim armies fought and lost; these were simply one-sided battles with armies of murderers, rapists, and thugs victimizing innocent and helpless people.

Where were the Muslims, he wonders. He finds that despite a successful effort by their adversaries to reduce their numbers through birth control, there were still 1.2 billion of them in the world. They were on all continents, in all countries. More than 50 countries in the world had majority Muslim populations and Muslim rulers. Did they have no armies or weapons? Actually, they had big armies and lot of weapons. One country was even a nuclear power and had successfully developed ballistic missiles that could hit faraway targets. Another Muslim country with a big army was just next to the troubled area. Some of the countries were very rich. Together, they had sufficient resources to stop the atrocities.

Maybe they did not get the news of the tragic events in time. Actually, they did have good communication equipment. Although they did not really control that equipment and those controlling it used to color and distort things a lot, yet Muslims everywhere were able to hear and see the horrors faced by their fellow brothers and sisters as they were taking place. They saw their plight, they heard their cries, but not a soldier moved from the Muslim world to help those whose lives, honors, and properties were being trampled simply because they were Muslims.

Then what was happening? The student is perplexed. As he continues to dig through historical accounts, he finds something curious. As the massacres were continuing in Burma, a big army assembled by Saudi Arabia was busy attacking Muslims in Yemen.

Their enemies had certainly done their part in igniting the flames of those internecine wars, but they had tried that throughout history. The intriguing development that facilitated this fiasco was a strange new ideology that had gripped the Muslim world. The devastating ideology was that of the nation-state. According to it each Muslim country was an independent nation. And so they became. Each with its own national flag, national anthem, national days, and national interests. As Muslim governments took legitimacy from the concept of nation-state, they owed their allegiance to it also — when they did not owe their allegiance to their foreign masters. In the halls of power, the ummah died. Muslim leaders did talk about the ummah but only as a remote, ceremonial entity. The governments and armies were there to protect the national boundaries and national interests; nobody looked after the boundaries or interests of the ummah.

The murders, arsons, and dishonoring of women in Kashmir was not the concern of anyone except Pakistan and that only because the area was a strategic source of Pakistan’s water. If it were not for the “national interests,” Pakistan would have nothing to do with them either. The brutalization of Muslims in Palestine was not the concern of anyone except the Palestinians themselves. Even Jerusalem and Al-Aqsa had become Palestinian problems. Burma was responsibility of no one, because it did not exist at all on the new maps of national interests.

It was a bizarre ideology, exported by the colonial powers so their hold would remain strong even after they had formally given up the colonies. But in those strange days people normally had one of two reactions to most anything that came from their former colonial masters; they either welcomed it, thinking it would bring them progress and happiness, or they became resigned to it thinking it inevitable. However, the ideology of nation-states was exactly opposed to the Islamic idea of one ummah and life was torn between the conflicting concepts. Hajj symbolized the dichotomy. It was the annual reminder that Muslims are one people, as believers from all over the world wore the same two-sheet dress, circumbulated the same Ka’ba, making the same commitment “O Allah I am here”. It had also been turned into a reminder of the most important belonging of a pilgrim: his passport. Without that certificate of belonging to a nation-state no one could perform Hajj or even move from one point to another in the sacred land.

The student finally understands the ideological trap that guaranteed the tragedies of Burma and Bosnia and Kosova and Iraq and Afghanistan and … and… an endless list. But he cannot figure out why did Muslims of the period allow themselves to be so trapped. Did they not remember the Qur’anic declaration, “The Believers are but a Single Brotherhood.” [AlHujarat, 49:10]. Did they not remember the Qur’anic command, “Hold fast together the Rope that Allah has extended for you and do not dispute among yourselves.” [Aale-Imran, 3:103]. Did they not remember the hadith, “Muslims are one body. If any part of the body is suffering the whole body feels the pain.” Did they not know that the devastating idea of nation-states was actually the idea of creating permanent divisions in the ummah? What was going through their minds? Why did they allow themselves to be imprisoned in the cage of that stinking nationalism?

He gives up. History is so full of intrigues!