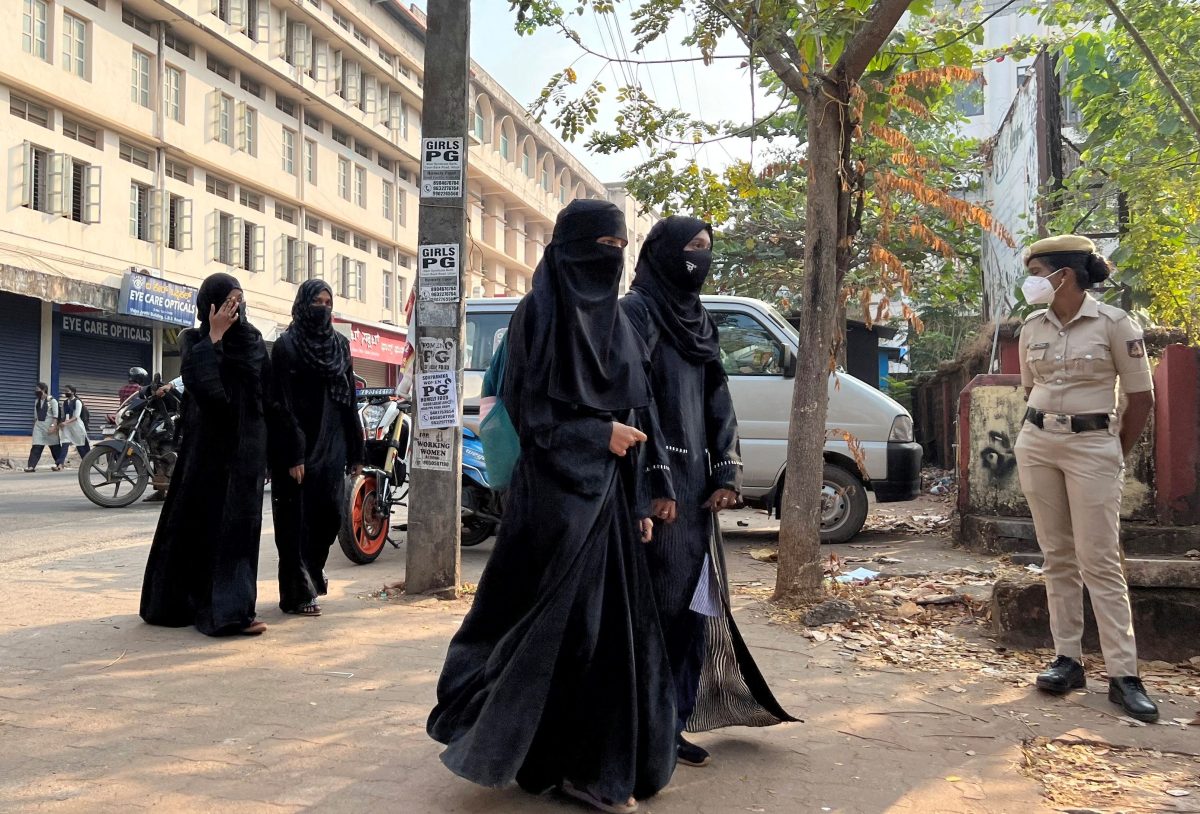 In India, dozens of women are being discriminated against for wearing the hijab. In the southern state of Karnataka, young Muslim women have been the target of far-right HIndutva students who are protesting against “Islamic headscarves.” These protesters were wearing saffron scarves and yelling “Jai Shri Ram,” to the girls, meaning “victory to Lord Ram.” The phrase is associated with the Hindu far-right.

The courts at Karnataka are currently hearing whether girls can wear hijab in school and college. The BJP, India’s resident far-right extremist party, which rules over Karnataka’s government, has supported the ban. India hosts over 200 million Muslims. Although religious freedom is guaranteed in the Indian constitution, the hijab ban is a blatant display of discrimination against Muslims.

In mid-February, hijab-wearing students were barred from entering schools and colleges across the state. Many anti-hijab supporters claim that because India is a secular nation, donning the hijab is displaying religion in the public sector. However, this is apparently a tactic similarly used by Europeans as well. As BJP protesters are able to chant religious phrases to justify their anti-Muslim stance, hijab-wearing students are deemed too religious.

Rising anti-Muslim sentiments in India have led to the active discrimination and oppression against Muslim minority groups. In Gujarat, the site of massive Muslim massacre, the BJP unit tweeted a cartoon of a group of Muslim men being hanged. Many immediately reacted to this horrific tweet with anger and frustration at the pro-genocidal intent of the message.

You know exactly what you are doing here

You are the official account of the BJP party in Gujarat, and you shared a pro-genocidal message to your 1.5 million followers

This is a shocking act. You have committed a dirty dirty action. It must be condemned around the world

Al Jazeera reports further that the Genocide Watch group is warning the world that there are early signs and processes of genocide in Indian states of Assam and Indian-occupied Kashmir.

“Stanton said genocide was not an event but a process and drew parallels between the policies pursued by Indian Prime Minister Narendra Modi and the discriminatory policies of Myanmar’s government against Rohingya Muslims in 2017.”

With the hijab ban in Karnataka, it is important to note that the regulation of clothing is just one aspect of Hindutva. It is obvious that India’s ruling party, Modi, and far-right Hinduism are intertwined in the active oppression and killing of Muslims. Where Muslim women are banned from wearing the hijab to school lies a deeper issue that Hindutva has deemed those who are Musims and non-Hindu as not worthy of the same rights.