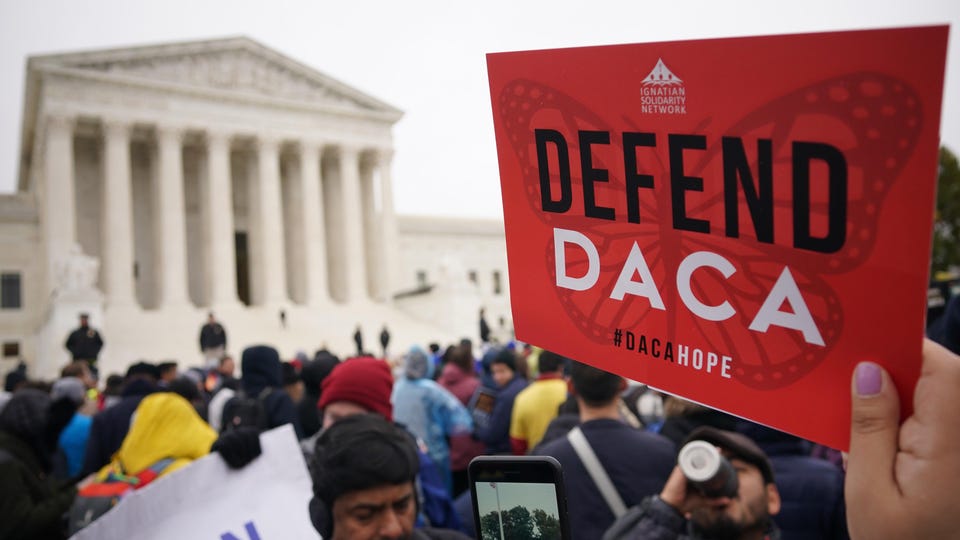 The Biden administration has proposed on Tuesday to publish a role to extend the Deferred Action for Childhood Arrivals (DACA).

The rule that is now published in the Federal Register will go into effect after the administration considers public input for a 60-day period. The rule would further protect 700,000 undocumented people who were brough to the US as children from being deported or losing their work permits. This rule will stand even if Congress does not pass comprehensive immigration reform.

DACA has persevered consistently, even with attempts to end it by the Trump administration. In Texas in July of this year, a federal judge ruled that the program was unlawful and that Barack Obama exceeded his authority when he created it by an executive order in 2012.

A Senate rule last week ensured that measures to include a path to citizenship to Dreamers and other 7 million undocumented immigrants were to not be included in the upcoming bill, leading to the Federal Register rule. Stephen W. Yale-Loehr told NYTimes that the rule is an effort to “bulletproof the DACA program from litigation challenges.”

Millions of undocumented immigratns face the threat of deportation and detention. Detention facilities were started under Obama, strengthened by Trump, and legitimized by Biden. So although the Biden-Harris administration is taking measures to create protection for DACA recipients, there is still legal trouble on the border of the US and Mexico, as not only Central American refugees are separated from their families and forced into detention facilities, but even Haitian refugees are being targeted by an ever aggressive Border Patrol. The United States’ failure to address the detention facilities is a part of the fragile framework of America – centered on false legitimacies and performance of democracy.