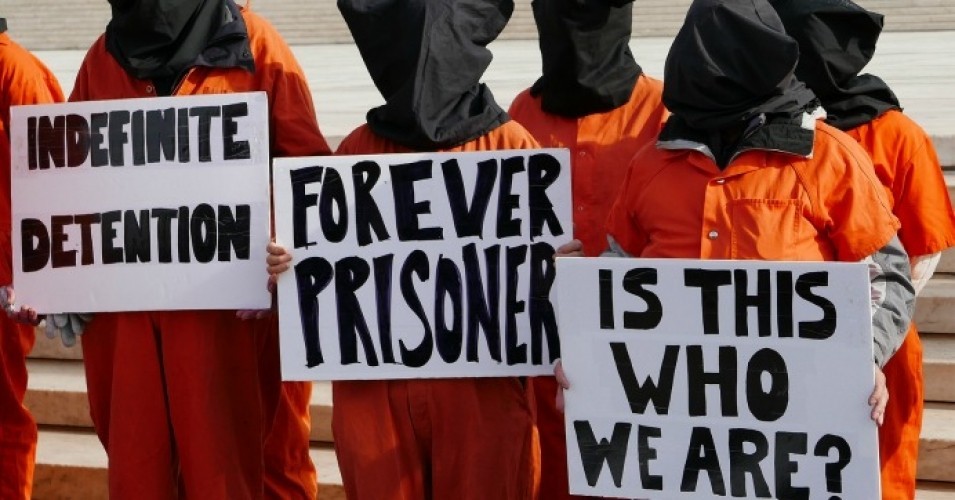 The Biden administration has stated their aim to close Guantanamo Bay by the end of its term. President Biden’s aides have launched a formal review of the prison. White House press secretary Jen Psaki said that the administration has launched a process with the National Security Council to determine steps for shutting down the detention facility.

She says, “it is certainly our goal and our intention” to close the controversial position. This goal was a priority of the former Obama administration that was left unfulfilled. Psaki explained that certain sub-cabinet policy positions need to be filled; stating that the effort to close Gitmo will be a an inter-agency process.

Reuters reports that “Aides involved in internal discussions are considering an executive action to be signed by Biden in coming weeks or months, two people familiar with the matter told Reuters, signaling a new effort to remove what human rights advocates have called a stain on America’s global image.”

“The NSC will work closely with the Departments of Defense, State, and Justice to make progress toward closing the GTMO facility, and also in close consultation with Congress,” said National Security Council spokeswoman Emily Horn.

The Obama administration had started a Guantanamo closure policy, which was reversed by Donald Trump in 2017.

There are 40 prisoners remaining at Guantanamo Bay, for nearly two decades without any charges or trials. Recently, Ibrahim Othman Ibrahim Idris, a Sudanese man who was taken to the prison as a suspected bodyguard of Osama bin Laden, died in the facility. Christopher Curran, a lawyer who represents Sudanese interests in Washington said that the “death was due to medical complications from Guantanamo.” Idris was never charged with any crime, and denied the allegations.

Throughout the facility’s operation, there has been pressure to shut it down by various groups in the nation. During the Obama Administration, Obama signed an executive order one of his first orders in 2009, but failed to close the prison due to gridlock in Congress. This year, the prison has entered its 20th year of operation. Even the five men who are within the prison, accused of planning the 9/11 attacks, have yet to be charged and receive a trial. Shutting Guantanamo Bay prison has been a frequent demand of progressive Democrats, whose support helped the Biden-Harris ticket win the most recent election. However, the demand remains unfulfilled, and the wait to see what the administration will accomplish starts.