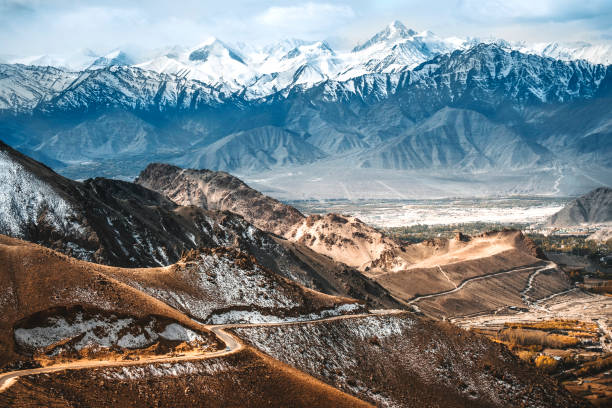 This week is the two-year anniversary of the August 5, 2019 abrogation of Article 370 and 35-A in Kashmir that guaranteed the autonomous status of Jammu and Kashmir. This decision put Kashmir into a strict lockdown.

Communications were blacked out. Hundreds of people were rounded up and arrested. A curfew persisted for weeks. In Srinigar, protests erupted. The lockdown had lasting repercussions – lack of access to healthcare, crippling businesses, and silencing the local press – all repercussions that suppressed and continue to suppress the Kashmiri population.

The occupation of Kashmir in India has been framed by different tactics to suppress Kashmiris. One of these tactics is torture. Since the late 1940s, India has used torture as a tactic in Kashmir. There have been physical, sexual, and psychological torture techniques carried by the Indian state. The India’s Armed Forces Special Powers Act grants militar wide powers to arrest without warrant, shoot-to-kill, and destroy property in what they call “disturbed areas.” No Indian officer has been prosecuted for their crimes. Voice of Victims, a Kashmiri organization, reports that there are 471 torture centers in Kashmir. With the communications blackout, there is even less ability to hear Kashmiris who are speaking about their experience with torture and abuse.

Furthermore, the COVID-19 pandemic has seen neglect in Kashmir to curb the virus. India restricted NGOs in Kashmir for oxygen to be in place only in “designated hospitals” and army sectors. There were 600 ventilators for the 12 million citizens of Kashmir, 1 doctor for every 1700 people, and only 2 oxygen manufacturing units, leaving Kashmiris vulnerable to the disease without access to healthcare. Furthermore, the Indian government allows tourism, religious pilgrimages, and civilian travel into Kashmir, normalizing occupation and violating international human rights laws. The list goes on.

In order to protest the August 5 decision, in addition to protesting the occupation of Kashmir, please attend the rally for Kashmir in Washington DC. More details can be found on the below flyer. 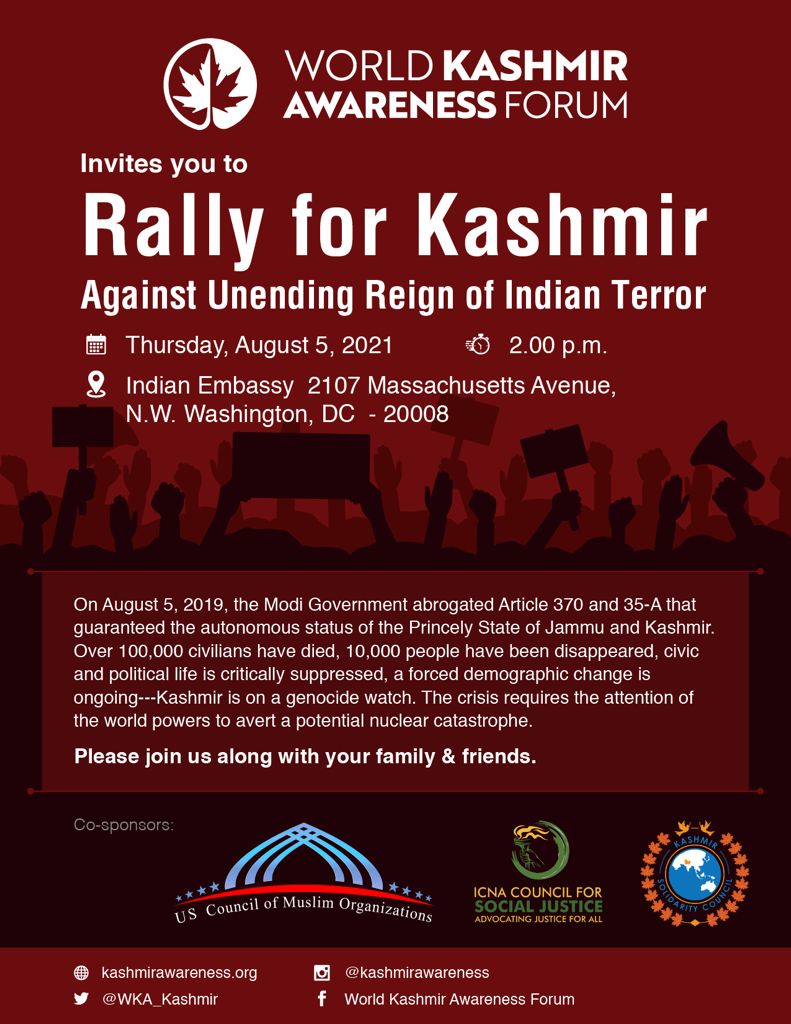