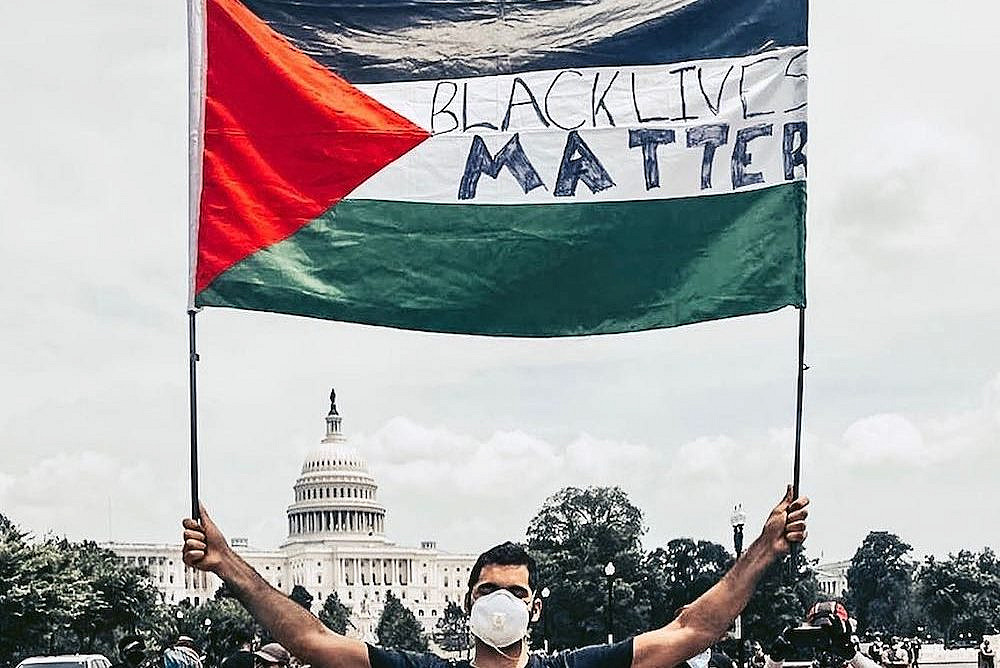 After weeks of violence by Israel in the occupied Palestinian territories, a ceasefire has been announced. The ceasefire comes at a time where Israeli air strikes on Gaza killed at least 243 Palestinians, including 66 children. With the escalation of violence by Israel and the recent categorizing of Israel as an apartheid state that has committed ‘war crimes,’ there has been outpouring on social media regarding intersectionality between global movements and the Palestinian ethnic cleansing. The conversation about intersectionality comes at a pivotal point, where seemingly, the public opinion of Palestine is shifting to acknowledge Israeli war crimes.

An intersectional approach is helpful in understanding situations of violence, oppression, and social justice because it allows for addressing these topics with layers rather than as binary issues. Intersectional thinking was solidified in academic scholarship by Black women in the late 1980s – specifically Kimberle Crenshaw.

With the Palestinian occupation, there has been years of Israeli propaganda to condition the occupation as necessary when confronted with Palestinian resistance. This propaganda includes videos of Israelis hiding from bombs, categorizing all Palestinian resistance as terrorists, and publicly funded trips to Israel to create a narrative of Israel that is of peace in the Middle East. This propaganda is similar to other oppression and occupation around the world – from Kashmir to the systemic discrimination against Black Americans. Propaganda works by creating a narrative of the “Other,” a group of people who by fighting and resisting brutality, are shown as deserving of any violence directed at them. This is clear in the movement for Palestinian liberation, Kashmiri independence, and Black Lives Matter.

Furthermore, beyond the propaganda similarity that exists, a more direct argument for intersectionality is the way in which India and America both learn from Israeli apartheid and military. There are many reports that show how the Israeli Defense Force (IDF) has trained law enforcement officials in the United States (https://www.amnestyusa.org/with-whom-are-many-u-s-police-departments-training-with-a-chronic-human-rights-violator-israel/). The Department of Justice reported that the Baltimore police were using aggressive tactics that led to the escalation of encounters including use of unreasonable force, lack of respect for quality of life, and excessive force against those with mental health issues, juveniles, or people who presented little threat to others. Amnesty International has found that Israeli forces use similar tactics when handling Palestinians. In Kashmir, many journalists and academics have found that Prime Minister Narendra Modi employs similar tactics to Israel in occupying the Kashmir valley. The abrogation of Article 370 to the Indian constitution allowed for Indian nationals to buy land in occupied Kashmir. The abrogation further cements the settler colonial occupation within Kashmir, drawing intense parallels to what Israel has and continues to do in occupied Palestinian territory, such as the West Bank. It is clear that Modi and the ruling party of India have followed Israel’s template for apartheid and settler colonialism.

This all ties together meaning that Palestinian liberation, Black Lives Matter, and Kashmiri independence are linked via similar threads of oppression, settler colonialism, and systemic discrimination and treatment of the “Other” as a second-class citizens. As we fight for Palestinian liberation and bring awareness to the plight of occupied Palestine, we need to make clear the ways in which this liberation is tied to Kashmiri independence and the fight for racial equality in America.

On the day of George Floyd’s death anniversary, it must be noted that George Floyd died at the hands of systemic oppression. His death must be memorialized as a reminder of the Black lives lost through the American police state, and as we remember Palestinians in our fight against oppression, we must remember and constantly fight for the Black lives who have been taken unjustly. In June 2020, Palestinians painted a mural for George Floyd on a wall in Bethlehem while Black Americans learned from Palestinian experience on how to protest with police warfare tactics. These two movements, although for the liberation of very different people, intersect at points that are integral in understanding the global systems of oppression that exist.