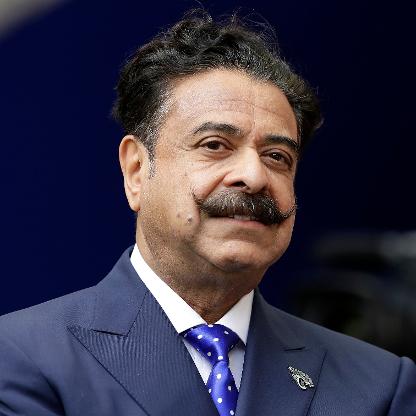 Shahid Khan is the owner of the Jacksonville Jaguars of the National Football League (NFL), the English Premier League team Fulham F.C., and automobile parts manufacturer Flex-N-Gate in Urbana, Illinois. Khan was featured on the front cover of Forbes magazine in 2012, associating him as the face of the American Dream.  During August 2017, Khan’s net worth was over $8.7 billion. He is ranked 70th in the Forbes 400 list of richest Americans, and is overall the 158th wealthiest person in the world. His design for a one-piece truck bumper was the basis for his success; the company now has 62 plants worldwide and over 24,000 employees.