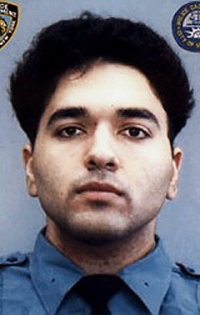 Mohammad Salman Hamdani was a New York City Police Department cadet and emergency medical technician who, at the time of his death, was working as a lab analyst at Rockefeller University’s Howard Hughes Medical Institute in the interests of becoming a doctor. Seeing the flames at the World Trade Center on 9/11 on his way to work, Hamdani rushed to help. Although there were allegations drawn in the time between September and March when his body was found that he may have been a perpetrator of the attack, his sacrifice and heroism were confirmed in the end. His funeral was held with full police honors.