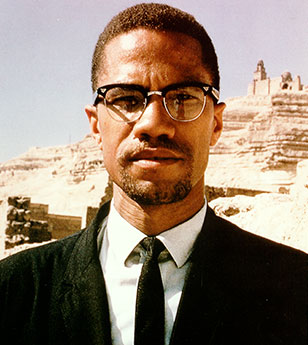 Malcolm X is one of the greatest leaders of the civil rights movement of 20th century. He is also called one of the greatest and most influential African Americans in history. This iconic figure was perhaps the bravest advocate for the rights of African Americans. His legacy is- “Malcolm had the courage to challenge everyone to do better. He challenged white America to reckon with its pathology of racism, and black America to strive for self-empowerment. He challenged Muslims globally to live up to the anti-racism scriptures of Islam, and to practice its doctrine of equality and striving for the oppressed. He challenged every human being to see their fellow man as a full human being. Finally, he showed us what it looks like to constantly challenge one’s own judgments and evolve with revealed truths. This was not only a sign of his integrity, but the mark of his undisputed sincerity.”