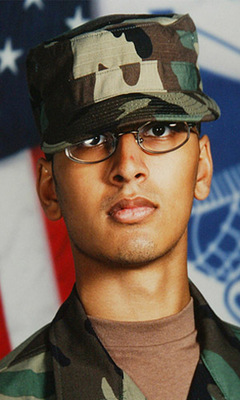 Army Corporal Kareem Rashad Sultan Khan was a patriot of his country who, spurred by the September 11 attacks on the World Trade Center, enlisted in the army immediately after his high school graduation in 2005. He was sent to Iraq in July of 2006, and was killed with four other soldiers in an explosion at the age of 20.