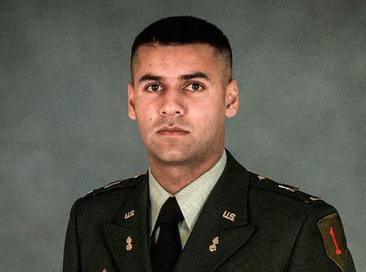 Humayun Saqib Muazzam Khan was a captain of the US Army who was stationed in Iraq until June 8, 2004, where he was killed in a suicide car bombing at the age of 27. Captain Khan graduated from Kennedy HIgh School in 1996, and the University of Virginia in 2000. He received full military honors, and was posthumously awarded a Bronze Star and Purple Heart for his service to his country.