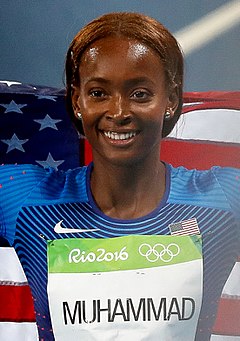 Dalilah is an Olympic medalist in field athletics whose international success commenced while still in high school, when she won the 2007 IAAF World Youth title. She placed first nationally in the 400 Meter Hurdles 3 times, and twice in the world. At the 2016 Olympics, she placed first in the 400 Meter Hurdles, representing the United States. At 28 years old, she continues to represent Muslim Americans as a sports icon.