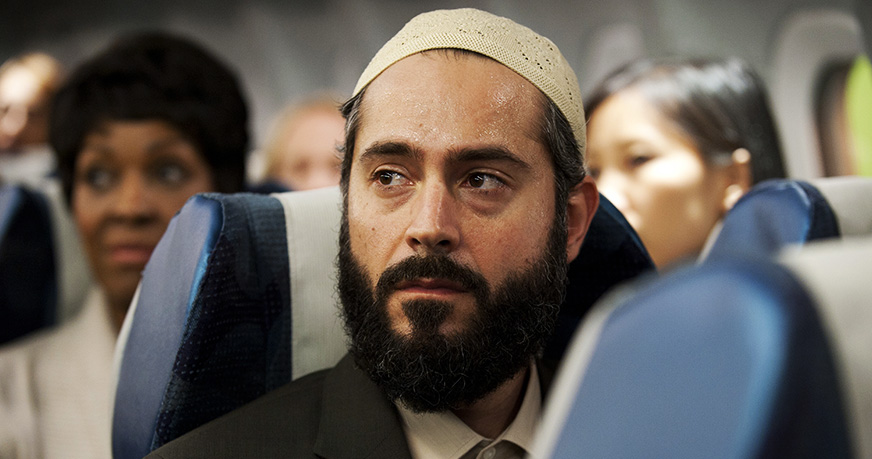 Due to the rampant paranoia and Islamophobia that is unfortunately so common in our world, Muslims have to be extra careful when trying to travel by air. Airlines are catering to people’s absurd fears of other races, religions, skin colors, and even other languages. These airlines are kicking people off planes for being Muslim. That’s right, airlines reserve the RIGHT to DISCRIMINATE BASED ON RELIGION.

Staff at Indy100 from the Independent have compiled a short list of things that Muslims have been removed from airplanes for doing.  If you are not Muslim or do not speak Arabic and you have done one of these things, think about how you would feel if other prejudice passengers complained and the airline had you removed from the plane for it, or if the flight attendant had their own prejudice and decided to kick you off the plane. It might screw up your vacation with your family, your business trip, or whatever else you were planning.  You might even have to spend the night in the airport waiting for another flight the next day. All this because some prejudice people don’t like your religion and the airlines support their prejudice.

Two Muslim women were escorted off an American Airlines flight by armed police this week after a flight attendant said they made him feel “unsafe”.

One of the women, Niala Mohammad, said that their plane had been grounded for about five hours in Miami and they were not allowed to buy food or drink. After making complaints they were told to get off.

2. Ask your neighbour to switch seats

A Muslim woman was asked to get off a plane at Chicago airport in April without any explanation after she asked her neighbour to switch seats.

The Council on American Islamic Relations (CAIR) has called for an investigation of a possible “bias motive” as the woman was of Somali descent and was wearing a headscarf.

3. Have a name similar to someone else

Syed Adam Ahmed, a six-year-old boy from Canada, has been repeatedly banned from boarding flights because he is on a “high risk traveller” list.

Despite authorities promising to remove him from the list months earlier, Syed was banned from boarding an Air Canada flight in March.

Although they have had no explanation for why their son is on the list, his family believe it may be because he shares his name with a suspected terrorist.

A man who moved to the US as an Iraqi refugee was removed from a Southwest Airlines flight in April after making a call to family in Baghdad.

After telling his uncle about the chicken dinner he’d had at an evening with UN secretary general Ban Ki-moon, Khairuldeen Makhzoomi was asked to disembark the plane because his conversation had “alarmed” another passenger who accused him of making “potentially threatening comments”.

A family of five were kicked off a United Airlines plane at a Chicago airport just before take-off in April with staff citing “safety concerns” but not providing a full explanation.

Eaman-Amy Saad Shebley, who was with her husband and three children, asked the pilot whether it was a “discriminatory” decision. The pilot replied it was a “flight safety issue” but did not give any further details.

6. Have a Muslim name

A Muslim man was removed from an American Airlines flight last month after a flight attendant publicly announced his name, seat number and said she would be “watching” him.

Mohamed Ahmed Radwan had boarded a plane in Charlotte, North Carolina and the flight attendant went to the tannoy and said: “Mohamed Ahmed, Seat 25-A: I will be watching you.”

The employee made no other announcements about any other passenger.

A Muslim couple accused Delta Air Lines of Islamophobia for throwing them off a flight from Paris to Cincinnati.

Faisal and Nazia Ali said they were singled out because flight crew had noticed them“sweating” and saying the word “Allah”, which they denied.

A Muslim NHS worker was detained at a UK airport and questioned under terror laws after a cabin crew member spotted her reading a Syrian culture book on board her honeymoon flight.

Faizah Shaheen, who helps prevent teenage mental health patients from becoming radicalised, was returning from honeymoon in Marmaris, Turkey, when she was stopped by South Yorkshire Police at Doncaster Airport on 25 July.

Police officers questioned her for 15 minutes under Schedule 7 of the Terrorism Act and told her the suspicions related to the the award-wining holiday book she had been reading –Syria Speaks: Art and Culture from the Frontline.

An Ivy League economist was escorted off an American Airlines plane after a fellow passenger incorrectly identified the mathematical equations he was scrawling for Arabic script, and suspected him of terrorism.

If you support this paranoia and prejudice, then feel free to remain silent and continue a life of hatred and bitterness.  If you DO NOT support it, then speak up. Share this information so others are aware of this discrimination. Contact the airlines and let them know you DO NOT support their discrimination and you DO NOT believe it is the American thing to do! We cannot continue to be manipulated into fearing what we do not understand. If you have this fear inside but you want to be a better person, then go meet some Muslims, visit a mosque. Remove your fear and be a better person. Rise above the hatred.