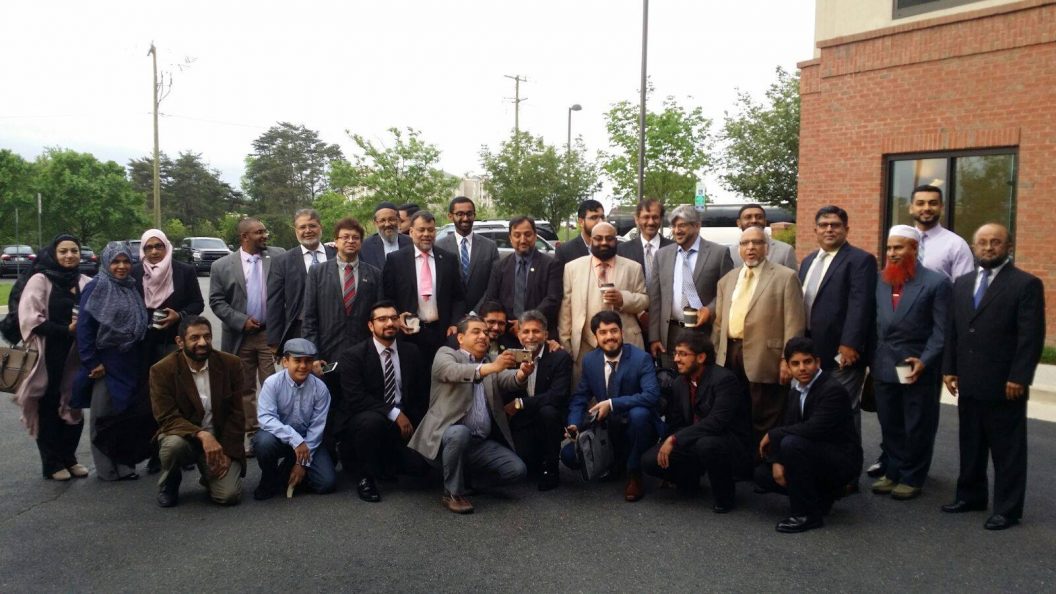 More than three times as many people — 400-plus — showed up to lobby this year on Capitol Hill compared with the first time the U.S. Council of Muslim Organizations held the event in 2015. They represented over 30 different states.

More than 60 ICNA members, representing 12 states, participated in the event which was held on Monday and Tuesday, May 1-2. This is up from 30 last year. All arrangements for ICNA members was done by ICNA Council for Social Justice. 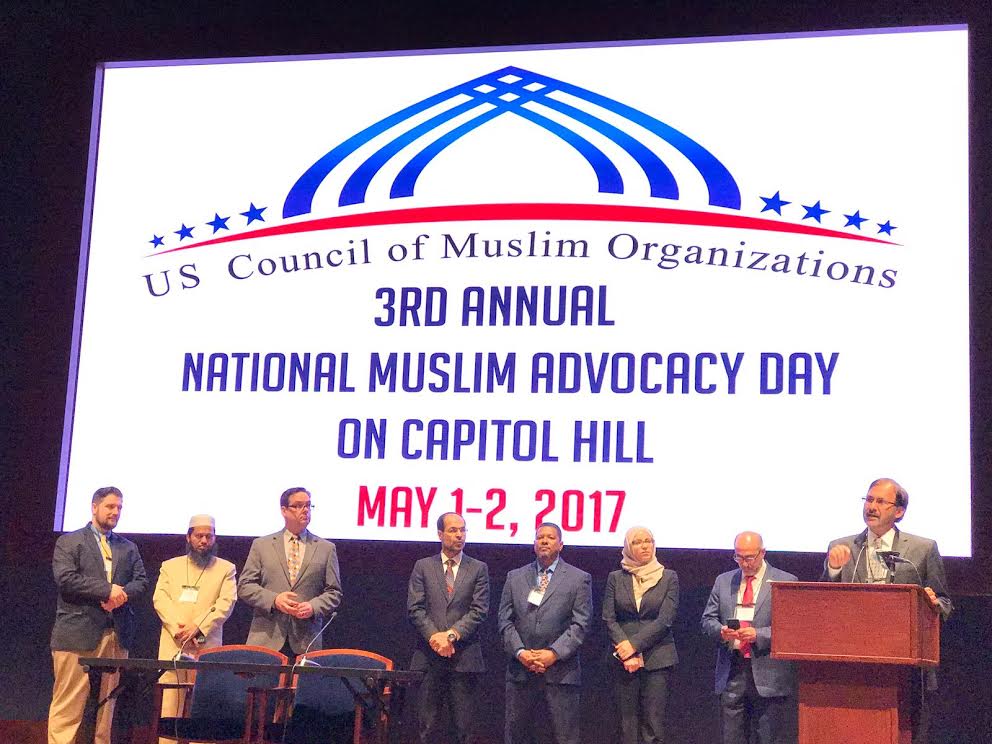 The event is a project of U.S. Council of Muslim Organizations (USCMO), of which ICNA is a founding member, to mobilize the Muslim community in the U.S. and train them to get involved in the political process. The idea behind it is to give Muslims voice on issues effecting them as well as other minority communities. Every year at least three issues are chosen to discuss with elected officials. For this year, the three topics included:

There are specific Bills introduced in the House and Senate advocating for these three issues and the Muslims on Advocacy Day lobbied their state’s elected officials to co-sponsor those Bills. 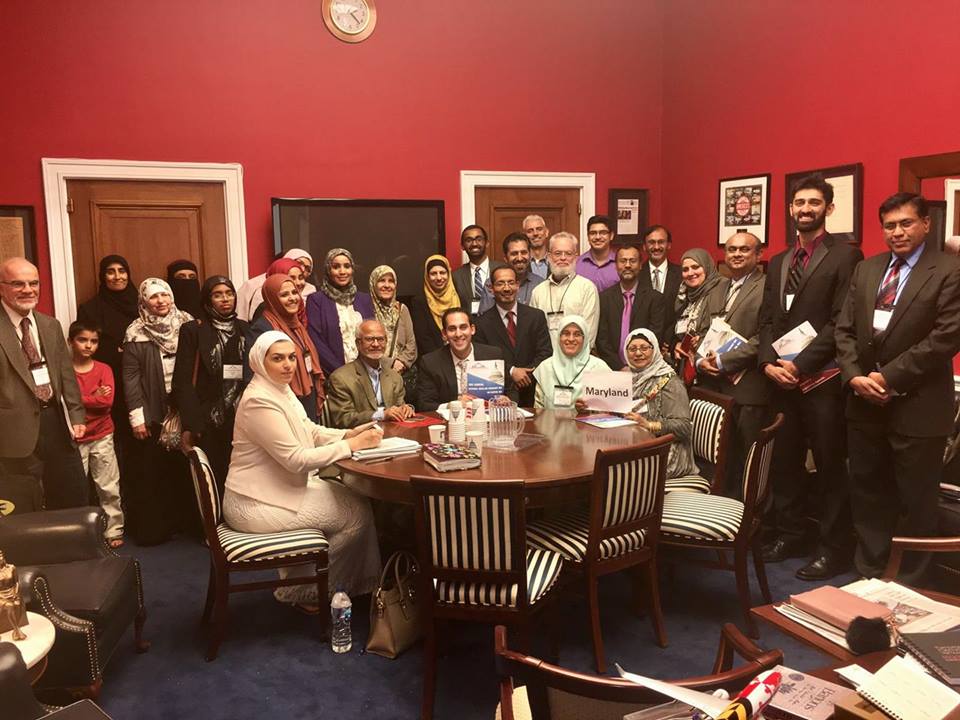 Maryland delegation in one of their representative’s offices. More than 30 Muslim Marylanders signed up!

For many of the Muslims, it was their first time on Capitol Hill and they had never experienced lobbying before. Generally, everyone was very excited and looking forward to meet their elected officials. All 400-plus delegates were split up into their respective states and given their schedules for meet up with either the representatives themselves or their staff. 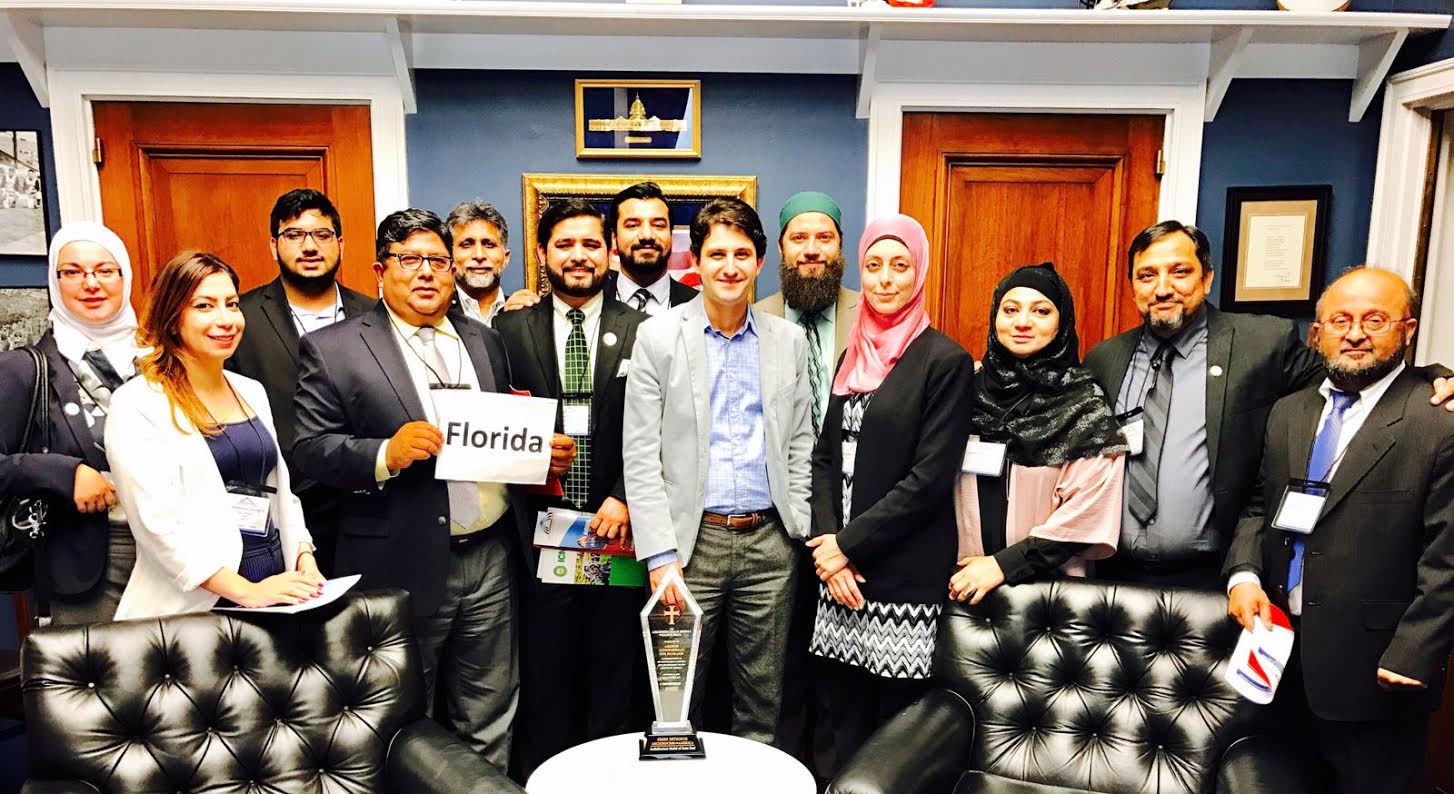 Following are the list of bills that Muslims lobbied Congress to cosponsor:

Bills in the Senate that we advocated for on Capitol Hill

S. 128 – Bar Removal of Individuals who Dream and Grow our Economy Act or the BRIDGE Act

S. 349 – Guarantees legal counsel to those detained upon entry to the U.S.,

H.R. 489 – This bill prohibits U.S. government officers or employees from collecting information or utilizing a registry or database to classify or surveil on the basis of religious affiliation

H.R. 496 – Bar Removal of Individuals who Dream and Grow our Economy Act or the BRIDGE Act

H.R. 724 – Declares the Muslim Ban 2.0 is “null and void, shall have no force and effect, and may not be implemented or enforced” and prohibits federal funding of the executive order. 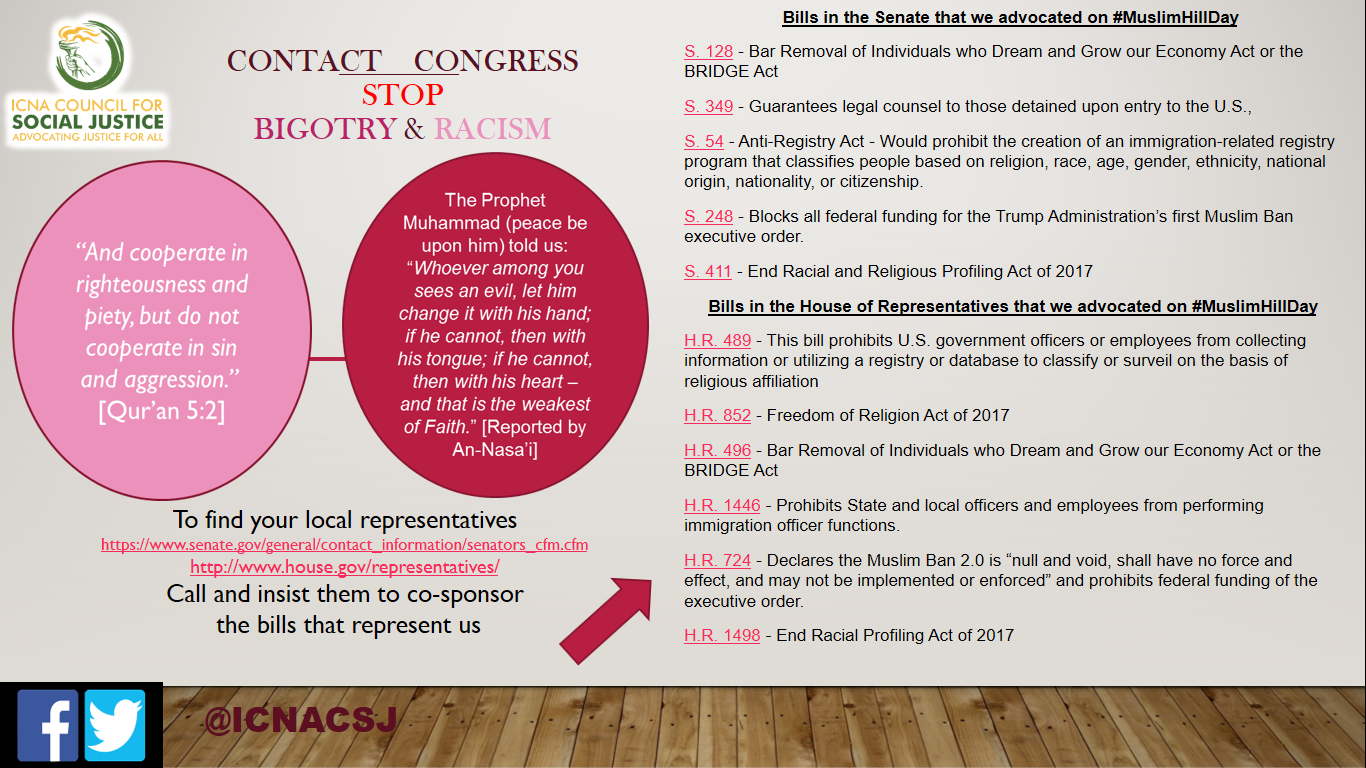