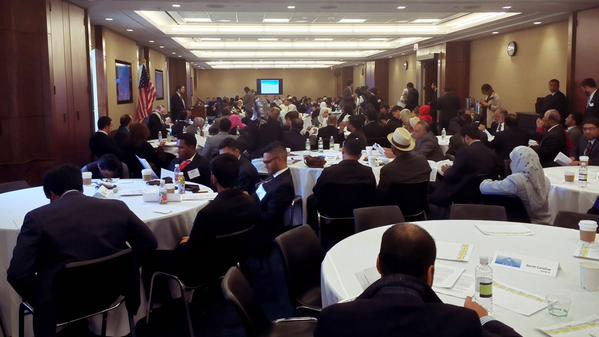 Some 280 delegates from more than 20 states met today with elected officials and congressional staffers during the “historic” first-ever National Muslim Advocacy Day on Capitol Hill in Washington, D.C., sponsored by the US Council of Muslim Organizations (USCMO), a coalition of leading national and local American Muslim organizations.

[NOTE: Many photos of National Muslim Advocacy Day activities have been posted on Twitter ‪#‎MuslimHillDay‬] 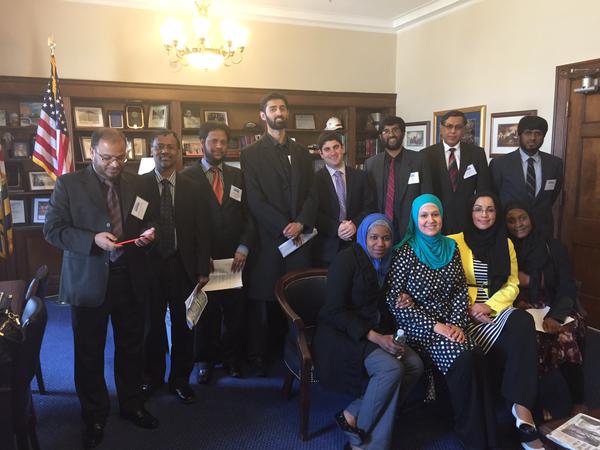 The Muslim delegates were split into groups based on their home state. Then each group was scheduled to meet with their members of congress and senators for their state.

National Muslim Advocacy Day delegates urged their elected representatives to support issues that address the domestic priorities of the American Muslim community, including: 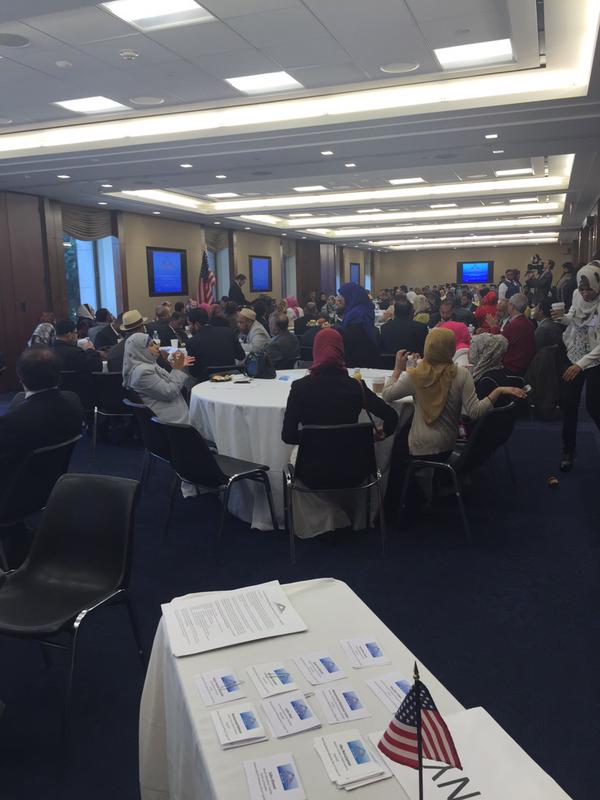 “Unity is the cornerstone of this historic day,” said CAIR National Executive Director Nihad Awad. “This is not only an opportunity for Muslim Americans to express their views but for elected officials to hear directly from their Muslim constituents. Today marks a milestone for our community, and our work advocating on these important issues will continue when we return home.”

“This historic united advocacy day marks the coming of age for the American Muslim community on the national political scene,” said Robert McCaw, chairman of the USCMO Advocacy Day Steering Committee. “The education, equality and social justice agenda promoted by National Muslim Advocacy Day delegates is of benefit to all Americans, regardless of background.” 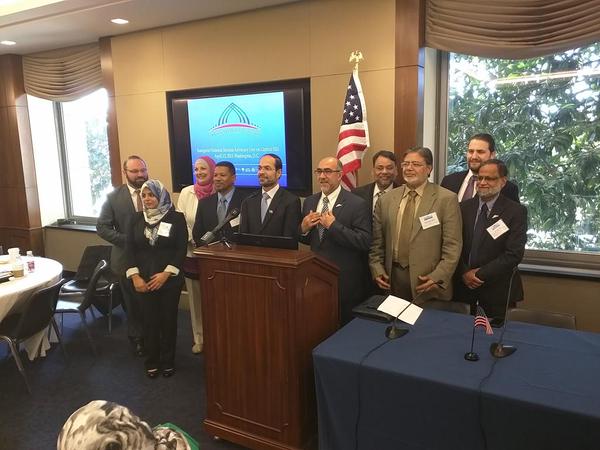