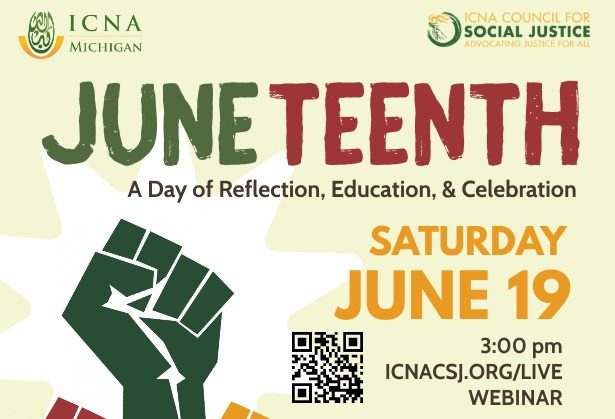 On Juneteenth, ICNA CSJ hosted a webinar where we reflected on African American struggle in this country today and also spoke about the historic events that have led up to today. Imam Khalid Griggs, Sr. Aisha al-Adawiya, and Imam Dawud Walid spoke during the webinar.