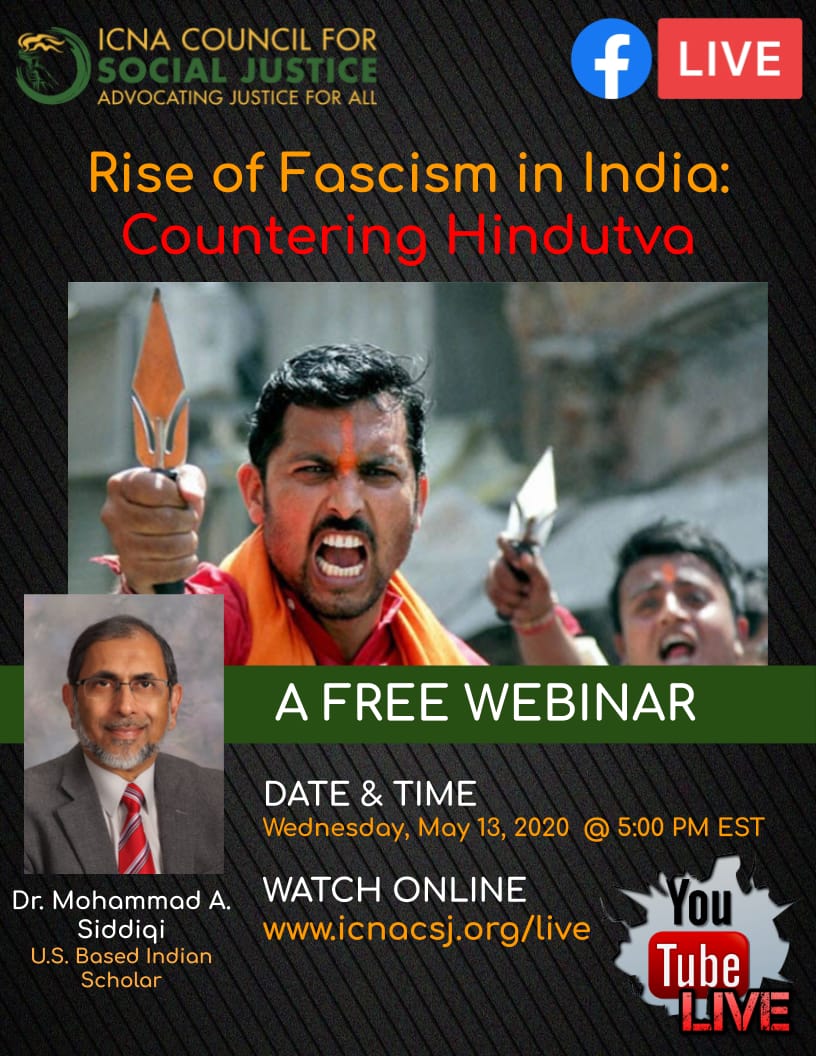 A brief historical overview of the RSS ideology of fascism. We will also cover what fascists learned from Muslims’ uprooting in Spain, the influence of Nazism and Zionism on Hindu fascists, and the plan to implement their fascist agenda in India.

Dr. Mohammad A. Siddiqi is the Dean of Academic and Student Affairs at Northwest Suburban College in Rolling Meadows, Illinois. He is Professor Emeritus of Journalism and Public Relations at Western Illinois University (WIU) where he has taught for 29 years. At WIU he served as the Journalism Program Director and Chair of the Department of English & Journalism. He has authored several books, published more than two dozen articles in refereed publications and conducted media workshops in more than 100 cities in North America and more than 35 countries in Asia, Europe and the Middle East.