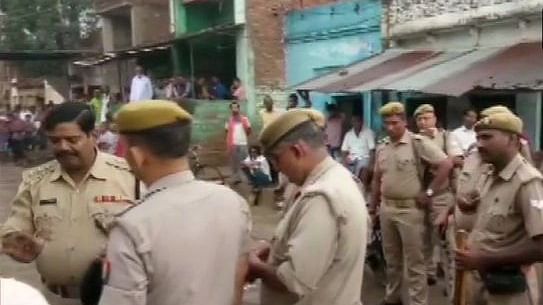 In another horrific incident of violence over forced religious chanting, a 15-year-old Muslim boy was set ablaze allegedly by four people in Uttar Pradesh’s Chandauli district on Sunday after he reportedly refused to chant ‘Jai Shri Ram’ and insult Islam. The boy, who has received 60 per cent burns is undergoing treatment and is said to be in critical condition.

In the video, you can also hear the police blatantly lie and claim that the boy put himself on fire!