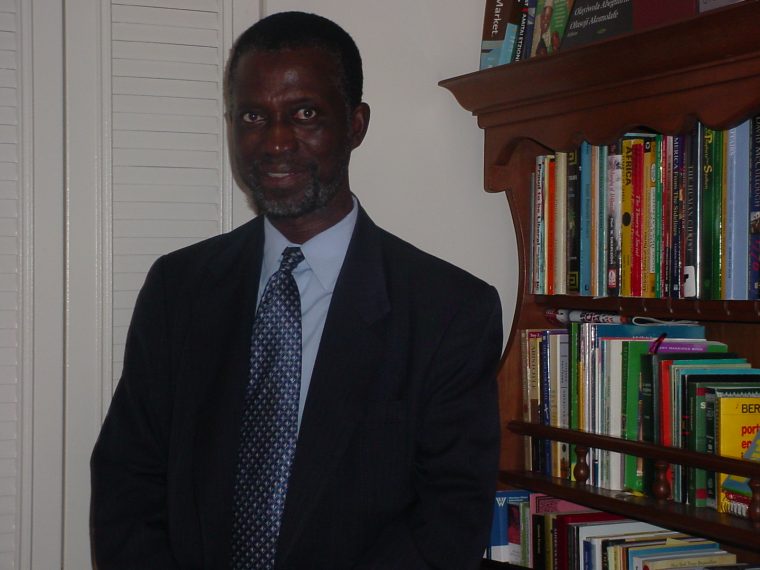 The Islamic Circle of North America (ICNA) offers its deepest condolences to the family and loved ones of Prof. Sulayman S. Nyang who passed away today after a long illness at United Medical Center in Washington, DC. He was 74.

He suffered a massive stroke on March 16, 2016, from which he never fully recovered. He was a great Islamic scholar, inspirational teacher and intellectual mentor of thousands of Muslim youth. We pray Allah swt to bless his soul, to grant him higher status in Jannah, and to make his family strong with patience during this difficult time, a’meen.

Dr. Sulayman Nyang taught at Howard University in Washington, D.C. where he served as Professor of African Studies. From 1975 to 1978 he served as Deputy Ambassador and Head of Chancery of the Gambia Embassy in Jeddah, Saudi Arabia. Following his diplomatic stint, he immigrated to the United States and returned to academic life at Howard University where he later assumed the position of department chair from 1986 to 1993. He also served as co-director of Project MAPS: Muslims in the American Public Square, a research project funded by The Pew Charitable Trusts. He was also president of Center for Islam and Public Policy (CIPP).

Professor Nyang has served as consultant to several national and international agencies. He has served on the boards of the African Studies Association, the American Council for the Study of Islamic Societies and the Association of Muslim Social Scientists. Dr. Nyang was listed on the editorial boards of several national and international scholarly journals, including The Message Magazine. He has lectured on college campuses in Africa, Asia, Europe and the Americas. During the 2010 convention at Hartford, CT, ICNA granted him the annual community recognition award for his outstanding scholarship and contribution to Islam and Muslims in America.

Dr. Nyang has written extensively on Islamic, African and Middle Eastern affairs. His best known works are Islam, Christianity and African Identity (1984), A Line in the Sand: Saudi Arabia’s Role in the Gulf War (1995) co-authored with Evan Heindricks, and Religious Plurality in Africa co-edited with Jacob Olupona. His last book was Islam in the United States of America (1999). Professor Nyang has also contributed over a dozen chapters in books edited by colleagues writing on Islamic, African and Middle Eastern subjects. His numerous scholarly pieces have appeared in African, American, European and Asian journals.

Below is a short tribute given to Dr. Nyang by ICNA CSJ Executive Director and close friend Dr. Zahid Bukhari. The talk was held at the America’s Islamic Heritage Museum in Washington, DC on Sunday, July 1, 2018.