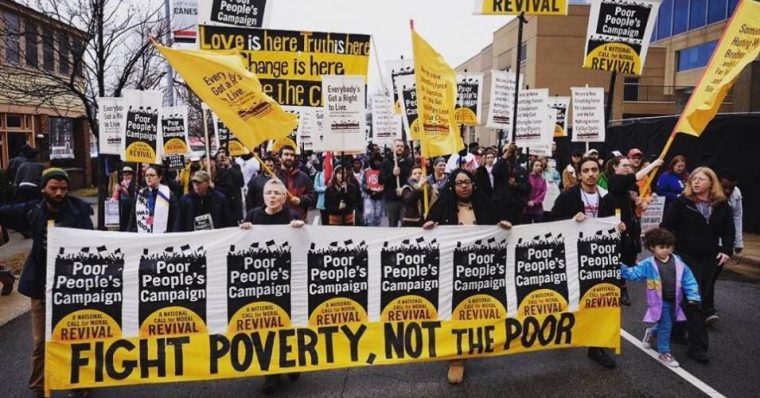 Picture this. Two hijabis covered from head to toe strolling through DC during a code orange weather warning (one of them dumb enough to wear heels). Why, might you ask? For a cause that represents a foundational (yet often overlooked) pillar of our faith. In Islam, zakat–or alms–giving to the poor–is more than just charity given out of the goodness of your heart. That 2.5% of your savings is viewed as the right of the poor and needy. There are numerous verses in the Qur’an that detail the extent to which this portion of one’s faith is imperative to observe. In Surah Nisa, it is said that, “…give to the orphans their properties and do not substitute the defective [of your own] for the good [of theirs]. And do not consume their properties into your own. Indeed, that is ever a great sin.” The injustice of denying orphans and the needy their rights should be an issue for all Muslims. And yet, we were the only two Muslims at the Poor People’s Campaign rally against injustices committed on the impoverished of the US. 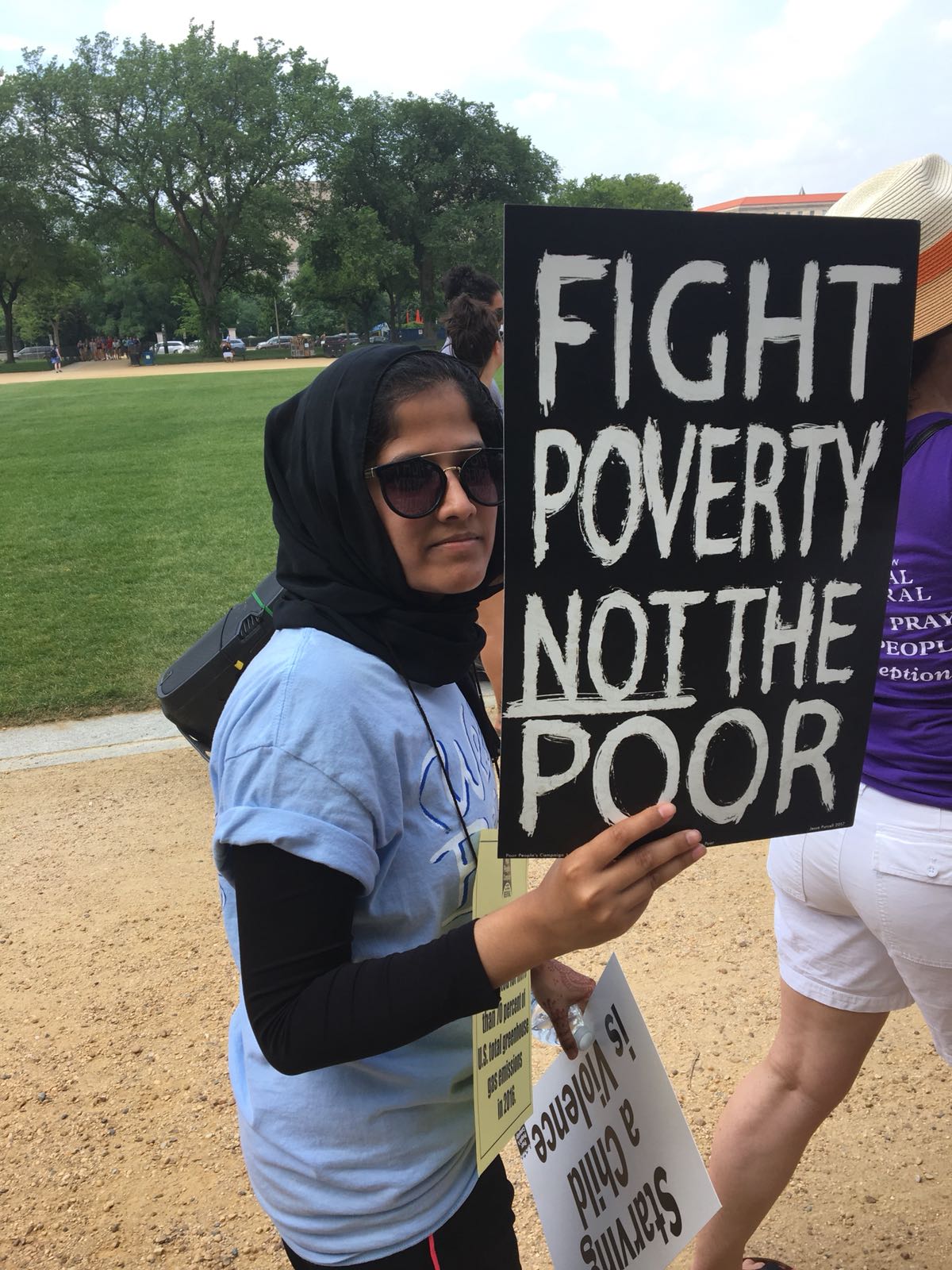 Let’s take a step back. The Poor People’s Campaign was launched by Dr. Martin Luther King Jr. in December 1967, where Dr. King announced a march to bring together the poor from across the country and demand better jobs, better homes, better education, and better overall lives than the ones they were currently living. The original campaign demanded money set aside annually for combating poverty as well as construction of low-cost housing, as well as passage of legislature focused on full employment and guaranteed income. Even after Dr. King’s assassination, the campaign moved forward for a couple months to culminate in a pivotal mobilization of 50,000 people. However, this was the biggest event the campaign produced before it died out in 1968.

Reverend King used his platform as a religious leader and advocated for his cause in such a way that his religion demanded. Poor People’s Campaign has always used faith to uplift the issues that concern human rights, and recently, the campaign has been brought back with the legacy of Dr. King’s initial movement in mind. As Muslims, we should be at the forefront of these campaigns, advocating against injustice and standing for those who are unable to stand for themselves. In reality, when we reached the rally and protest, we were the only Muslims that the organizers had seen in their six weeks of campaign. A person who was there seeking to create a documentary about the campaign was curious about what Islam teaches about poverty and the poor, and looked to us to answer those questions. They also asked Jewish, Christian, and other religious groups and leaders about their views, looking for a full comprehensive perspective. Had we not been there, they wouldn’t have gotten the Islamic perspective at all.

It’s very easy for us as Muslims to complain about the treatment against us in this country. However, it is our own initiative that can bring about real change. It is our religious mandate to go forward and advocate not only for ourselves, but for our neighbors, friends, and fellow human beings who are suffering in various conditions. The Poor People’s Campaign is a prime example of the positive impact that religion is supposed to have on a community, and it is our responsibility as Muslims to support it and others like it. Enough complaining. If we want our voices heard, for our perspectives to matter, we need to be active.