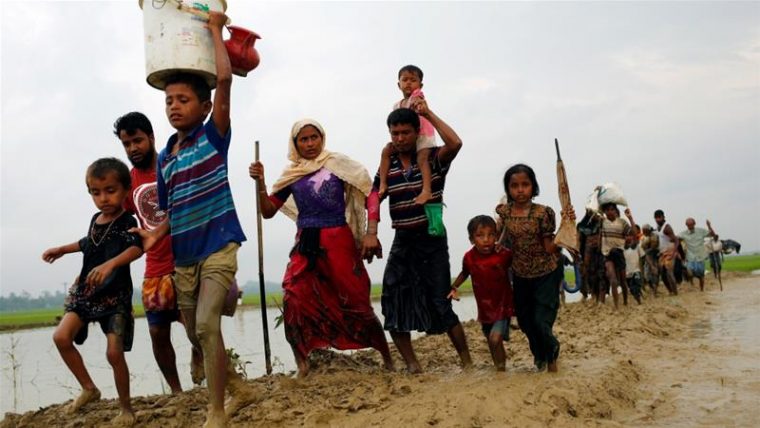 ICNA Council for Social Justice (CSJ) in partnership with Dar al-Hijrah, CAIR, American Muslims for Palestine, Dar al-Noor, ICNA VA Mosque, Muslim Ummah of North America, ADAMS, and Muslim American Society-DC, hosted a protest in front of the Myanmar (formerly Burma) Embassy in Washington, D.C. to demand a stop to the ethnic cleansing of its Muslim minorities known as Rohingya. They are a stateless minority ethnic Muslim group in the Rakhine State of Burma. There are an estimated 1 million Rohingya living in Burma, and up to another million refugees abroad. They were described by the United Nations in 2013 as one of the most persecuted communities in the world.

United Nations officials have described Myanmar’s persecution of the Rohingya as ethnic cleansing by its army. There have been reports of mass rapes, executions, and burning of villages and bodies. As per the latest report in New York Times, over 270,000 have fled towards Bangladesh. Chris Lewa, director of the Arakan Project, an independent group that monitors the violence in Myanmar’s Rakhine state, said, “The security forces have encircled villages and then [shot people] indiscriminately, but we also found that – compared perhaps to the violence that took place in October [and] November last year – there is more involvement of the local Buddhist population together with the military.”

During the rally, some of the slogans asked to take back the Nobel Peace Prize from Aung Su Ki, leader of Myanmar. The rally started with a Khutba from Br. Naeem Baig from ICNA, then followed by the Jumu’ah prayer and then the rally. Both the khutba and the rally were recorded live via Facebook. The rally video has gone viral. Both were viewed over 275k times and shared over 14k times. You can watch the video of the rally here.