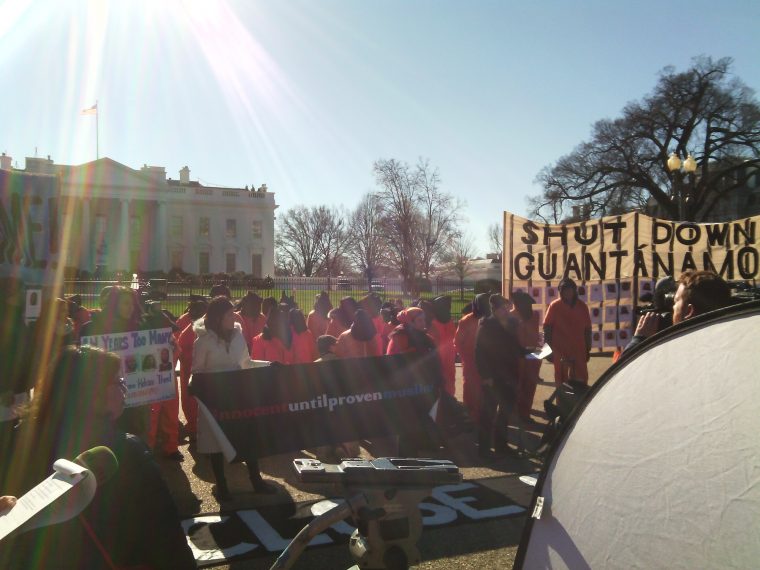 ICNA CSJ participated today in the close Guantanamo rally in front of the White House. Today marks the 14th anniversary of the first prisoners arriving at the detention center at Guantanamo Bay. The event was organized by Witness Against Torture, which works with various organizations in trying to shut down Guantanamo. The event was quite successful and many showed up despite the extremely cold weather.

The event consisted of small speeches, reflections, poems, litany, and reading personal stories and statements of actual detainees in Guantanamo, both past and present. The personal stories of detainees that were read were very deep and depressing. Some of the things related to torture at the center were disturbing to hear. 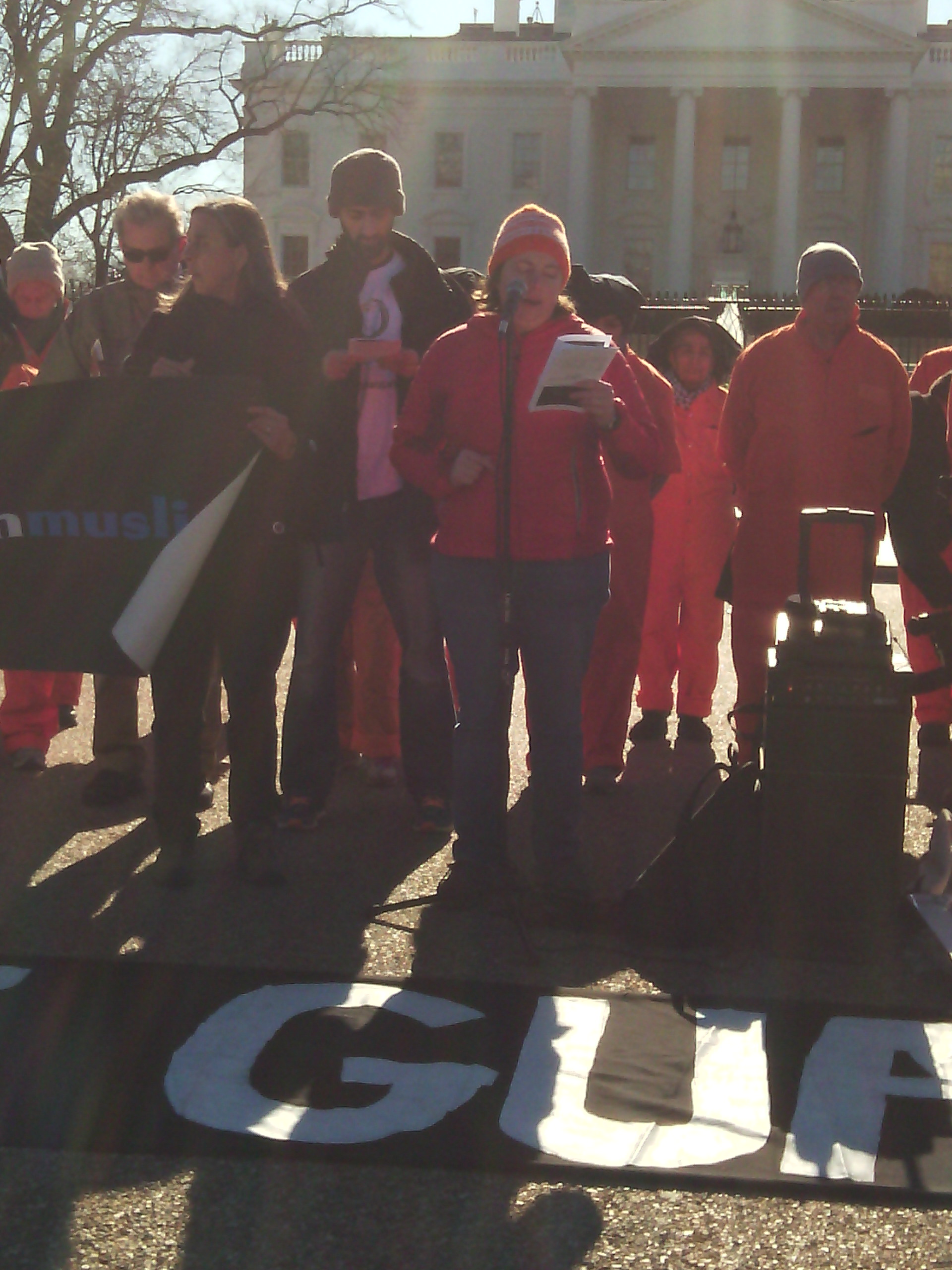 ICNA CSJ Communications Director Rameez Abid was one of the people selected to read the litany at the event. The litany was prepared by ICNA CSJ partner National Religious Campaign Against Torture (NRCAT).

The speakers called on Obama to fulfill his promise of closing the facility. They also pointed out U.S. government’s hypocrisy in trying to be the moral example for the world while failing to abide by its own moral principles especially when it comes to torturing prisoners and undue process. Some of the injustices pointed out include: unfair trials, people set to be released still waiting for years, torture, unbearable living conditions, and much more.

Representatives of CAIR, Amnesty International, NCPCF, and many other organizations were also present at the rally.