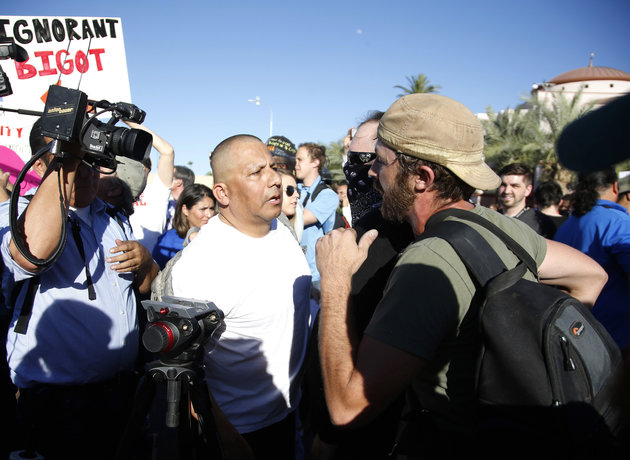 The Islamic Circle of North America condemns the anti-Muslim rallies planned by hate groups and individuals in select cities across the nation planned on October 9-10.

These groups will be carrying arms in some of the locations to “defend humanity.” While ICNA recognizes the constitutional right to assemble and bear arms, it views this as a hate fest which contradicts our American values.

“The history of the world teaches us that ‘Hate’ never wins,” says the President of ICNA, Naeem Baig. “Satan hated the creation of Adam and lost. Prophet Abraham was thrown into the fire by none other than his own leaders, and God, Almighty, turned the burning flames into a garden. Prophet Moses and his followers were pushed into sea, yet, the people who drowned were the oppressors. Prophet Jesus was ridiculed and tortured, but we know who really succeeded. We see how Prophet Muhammad (SAAW) and his companions were physically and emotionally abused, but today 1.8 billion people remember the beloved Prophet each and every day.”

“In America there was a time when black Americans were kept as slaves and traded as commodities, Catholics were not allowed to build their churches, Chinese were specifically prohibited from immigrating, Quakers and Jews were tortured, and all kinds of ridicule were used against the Polish and Italian Americans. Japanese Americans were made to live in camps during the Second World War. These atrocities all took place in the United States of America, but as a Nation we recognized those mistakes, accepting the beauty of diversity, and as a result a sign like “Blacks, Catholics and Jews are not allowed” would never be tolerated in America. Yet, today, we are witnessing our very own Americans putting up signs and bearing arms against American Muslims. We hope that these individuals also learn from their mistakes, and overcome their hatred against American Muslims.

ICNA appeals to the American Muslim community to: