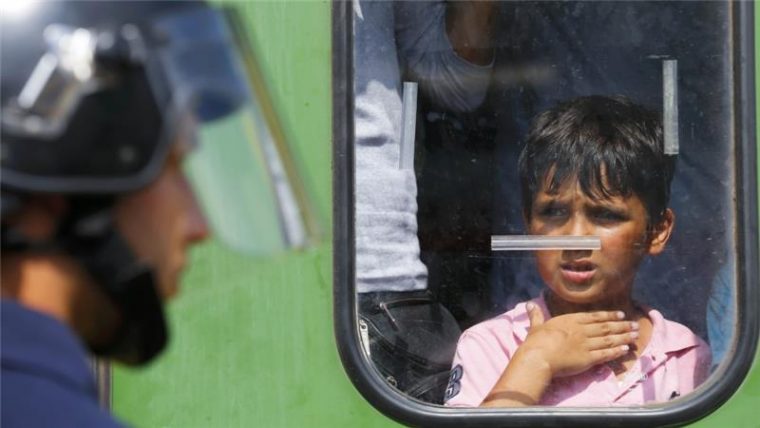 The image of a 3-year-old drowned boy, Aylan Kurdi, lying face down on a beach had a huge symbolic effect on Europe. It has affected it more than the greater tragedies of over 2,500 refugees of all ages who died or went missing trying to get to Europe, or the 71 people, including four children, who suffocated in a truck in Austria.

Even previously reluctant European leaders, such as the United Kingdom’s Prime Minister David Cameron, have responded with promises to take in more Syrian refugees. Well-meaning as they are, these promises are as representative of the size of the crisis as the limp body of little Aylan.

The Syrian conflict has created over four million refugees. Add to that nearly two million more fleeing persecution in Afghanistan, Iraq and Somalia, and this becomes a crisis that no amount of European generosity can address.

The problem is likely to get worse. The war in Yemen, which resulted in an almost 80 percent of the populationneeding humanitarian assistance, and the long-running Libyan conflict have yet to release their burden of displaced and desperate people. When they do, it could add millions more to the region’s refugee exodus.

So, the refugee crisis not only demands an urgent solution but also raises fundamental questions about the nature of politics and leadership in the Arab and Muslim world.

Western Europe is habitually avoiding any connection of the crisis with religion or racial identity, but others are less coy.

Senior officials in Eastern Europe have openly declared their opposition to taking in Muslim refugees.

British Muslim politician, Sayeeda Warsi evoked the memory of the Kindertransport initiative, which rescued thousands of mainly Jewish children from Europe before World War II, as a model to aspire to during the current crisis. She presumably could find no suitable example in recent Islamic history.

The chief rabbi in the UK, Ephraim Mirvis cited scripture to Jews to set up a charity to help the refugees.

Hardly anything has been reported in Europe from any Middle Eastern leaders on the topic. But ordinary people from the region are voicing their shame and frustrations via social media.

A trending Arabic hashtag “Arab Conscience” argued that the Arab world is ignoring Arab refugees, who were looking for salvation in the West. Another campaign asked the wealthy Gulf states to relax their rules on refugees.

Over 12,000 tweets show there is a popular demand to let in refugees in Saudi Arabia.

Beneficiaries in the Gulf

Why are some Muslim governments seemingly indifferent to this plight, and why are people from the region fleeing to Europe for safety and prosperity?

It is not because regional countries lack the capacity to cope with the problem. The region has unimaginable wealth. It has constructed the tallest buildings, built lavish palaces, provided spectacular places of worship and created universities so big that they have their own railways.

The region has no shortage of space or jobs. Millions of professionals and labourers are imported from across the world to service the lifestyles, ambitions, and enterprises of these states.

Some might argue that the West has the responsibility to deal with the problem because it has been caused by Western involvement in the region, ranging from the Sykes-Picot to the recent wars in Iraq.

Whatever the validity of that argument, most Middle Eastern states are beneficiaries of historic agreements and recent Western military interventions. It is in their interest to deal with the consequences if only to maintain the status quo.

Others may argue that the refugees represent a potential extremist threat. However, the threat is no less for the Western countries that have already taken in these people.

Indeed, the apparent failure of Muslim governments to look after fellow Muslims is being exploited by extremists’ propaganda. On varioussocial media posts, they allege this is further evidence of current Muslim rulers’ “apostasy” and disdain for the “ummah”, arguing that only their Islamist state or caliphate can provide for Muslims’ welfare.

‘They want to go back’

Whatever Western countries do for the refugees, it will only be a sticky plaster solution. The number of refugees is already too large for a viable resettlement programme outside the region.

The rate of the flow from current conflicts and the likely new sources from the Libyan and Yemeni wars could transform the crisis into a catastrophe in the months to come.

The most profound words in recent days came from a 13-year-old Arab refugee. He didn’t want asylum or a hand-out. He simply asked that the war in Syria be stopped.

His striking good looks, bright intelligence and clear articulation symbolised the tragic loss of dignity of his people. The video of his noble challenge has gone viral.

Every cloud has a silver lining. This may be an opportunity for Arab governments to demonstrate superior moral and political leadership.

By addressing the needs of the refugees, they will do more than any amount of rhetoric to counter extremists and legitimise their power.

Above all, it will allow these regimes to justify their claim of Islamic authenticity by delivering the Prophetic model of “rahmat ul-alameen” – a mercy for mankind.