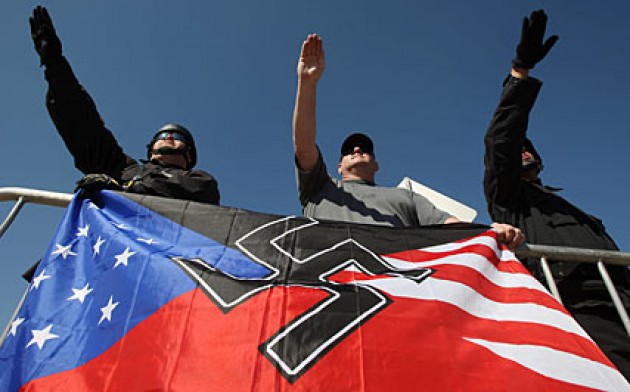 American society is racially stratified with economic resources and foundational relations defined and shaped by it. Indeed, the racial hierarchy was embedded in society before America became America and it has never been undone despite claims of progress coming on the heels of the Civil Rights Movement. Dylann Roof, the 21-year-old terrorist who in cold blood murdered nine African-American churchgoers in Charleston, South Carolina, represents a historical continuity in violent racist norms institutionalized in the U.S. to control the black subject.

The attack on the church is rooted in racism and white supremacy in America. Thus, violence against African-Americans is structural and part and parcel of America’s societal wiring and not an aberration. The constant police violence, distorted justice system, racial boundaries in cities, limits on voting rights, criminalizing poverty, micro-aggression and attacks on places of worship are but daily reminders of America’s differentiated treatment of the black subject.

Talking heads will focus on Roof’s state of mind, psychologists will chime in to offer clinical explanations and public figures will call for unity, coming together and the problems of gun control, but structural racism and white supremacy will be omitted from the conversation. According to Roof’s roommate, he has been “planning something like that for six months,” and wanting to start “a race war.” The question is why would he be thinking about it and what societal structures nurture this type of mindset?

Attacking, bombing and burning African-American churches has been part of America’s racist past and persistently appears every once and a while in the contemporary period. Historically and as an institution, African-American churches emerged in response and resistance to slavery, racism and exclusion, a fact that was not lost on white supremacists who constantly dream of remaking the segregated and racist past. Black church were deemed an illegal institution before the civil war and many operated in secret to escape white violence, which was always directed at preventing any expression of independence and agency for freed slaves. The violence was a control and intimidation instrument to keep freed slaves away from contesting or claiming property in the South and jobs in the north.

Emanuel African Methodist Episcopal (AME) Church in Charleston, South Carolina is the oldest AME church in the South, referred to as “Mother Emanuel,” and having “one of the largest and oldest black congregations south of Baltimore, Maryland.” AME church started when a group of African-American left “from St. George’s Methodist Church in Philadelphia because of unkind treatment and restrictions placed upon the worshipers of African descent.” From its inception the church was committed to the freedom and uplifting of African-Americans, which has caused it to be the object of racist attacks throughout its history. In this context, the African-American church was always a focal point for resistance and liberation from slavery all the way to emancipation and against Jim Crow’s institutionalized racism and segregation.

The church was actually burned to the ground in 1822 due to a slave revolt led by Denmark Vesey, the founder and leader of the attempted rebellion, which was violently put down. Responding to the unsuccessful revolt, the authorities arrested a large number of blacks and executed dozens, including Denmark Vesey for leading the planned revolt. Interestingly enough the date of the revolt was June 17, 1822, which might have something to do with the day selected by Roof to carry out this massacre. A key turning point in the 1960s civil rights movement was the bombing of a church in Birmingham, Alabama that killed four little girls and inspired the now famous march from Selma to Montgomery. Fifty years ago in Birmingham, Alabama Dr. Martin Luther King Jr. posed the question of “the system, the way of life, the philosophy which produced the murderers,” who bombed a black church and killed four little girls.

The same question must be asked today as to the system that produced Roof. More critically, the system that devalues black lives and treats them differently, as less than whites in words and deeds. Black lives matter less, are valued less, loved less, adored less, celebrated less and associated with less in America. America has a system, a way of life and philosophy that is set on a constant course negating African-American humanness while seeing fit to murder and maim them and ravage their communities.

The attack on the church represents a bigger problem than the single individual who committed the heinous massacre for it points to America’s open secret of the continued persistence of racism and white supremacy that is deeply rooted across this country. The time has come to confront this evil head on and pursue unwavering commitment to end racism in all its forms.