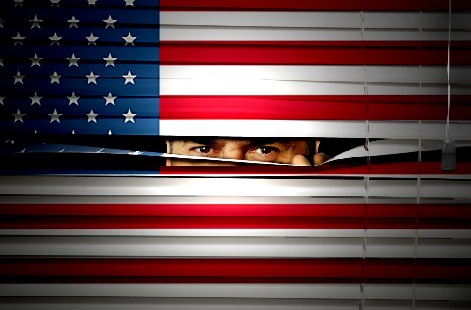 (NEW YORK, NY, July 9, 2014) – The Islamic Circle of North America denounces the unconstitutional surveillance of Muslim Americans by the Federal Bureau of Investigation and the National Security Agency under the Foreign Intelligence Surveillance Act.

A new report co-written by Glenn Greenwald, based on documents leaked by Edward J. Snowden identifies five prominent American Muslim leaders whose emails were illegally monitored for several years. The documents acknowledged that it was impossible to determine why the men were monitored and the extent of the surveillance.

“Such actions are a severe and outrageous violation of basic rights.” said Naeem Baig, president of ICNA. “The government must immediately provide a transparent account of its actions and safeguard civil rights.”

Several dozen civil rights, human rights, privacy rights, and religious based organization wrote a letter of condemnation to President Obama, expressing outrage at the blatant violation of the sacred rights of Americans to freedom of speech, association, and worship.

The five Americans who have been under surveillance are Agha Saeed, Nihad Awad, Asim Ghafoor, Faisal Gill, and Hooshang Amirahmadi.

“We are troubled that senior community leaders such as Agha Saeed and Nihad Awad have been targeted for their tireless positive contributions for our country,” said Baig. “Such unconstitutional governmental actions restrict the ability of individuals to serve their communities and the nation.”

The secrecy of the FISA program renders it impossible to determine the standards of evidence used in the surveillance authorization. Government assurance cannot be relied on. Public oversight is an absolute necessity.

“The Obama Administration must provide a public account of these practices,” said Baig.

The government has a history of discriminatory surveillance. The FBI has targeted mosques and Muslim community organizations and pressured American Muslims to become informants against their own communities.

“These practices are severely detrimental to all communities in America, not only the Muslim community,” said Baig. “Law enforcement agencies exist to protect our diverse society, not discriminatorily target them.”