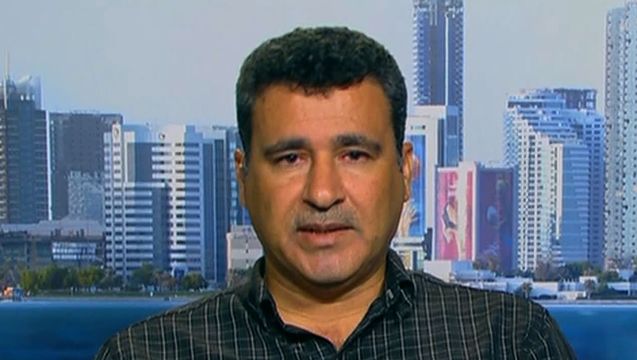 Ten years after the first publication of photos from inside the Abu Ghraib prison in Iraq, we speak to Al Jazeera journalist Salah Hassan about his torture by U.S. forces inside the facility. To date, no high-ranking U.S. official has been held accountable for the torture at Abu Ghraib, but Hassan and other former prisoners are attempting to sue one of the private companies, CACI International, that helped run the prison. “Throughout my detainment in the solitary cells, there was an interrogation every two or three days,” Hassan says. “During these interrogations, we were subjected to many psychological and physical torture methods. One of these methods was that you are kept naked, handcuffed, the hood on your head, then they would bring a big dog. You hear the panting and barking of the dog very close to your face.”