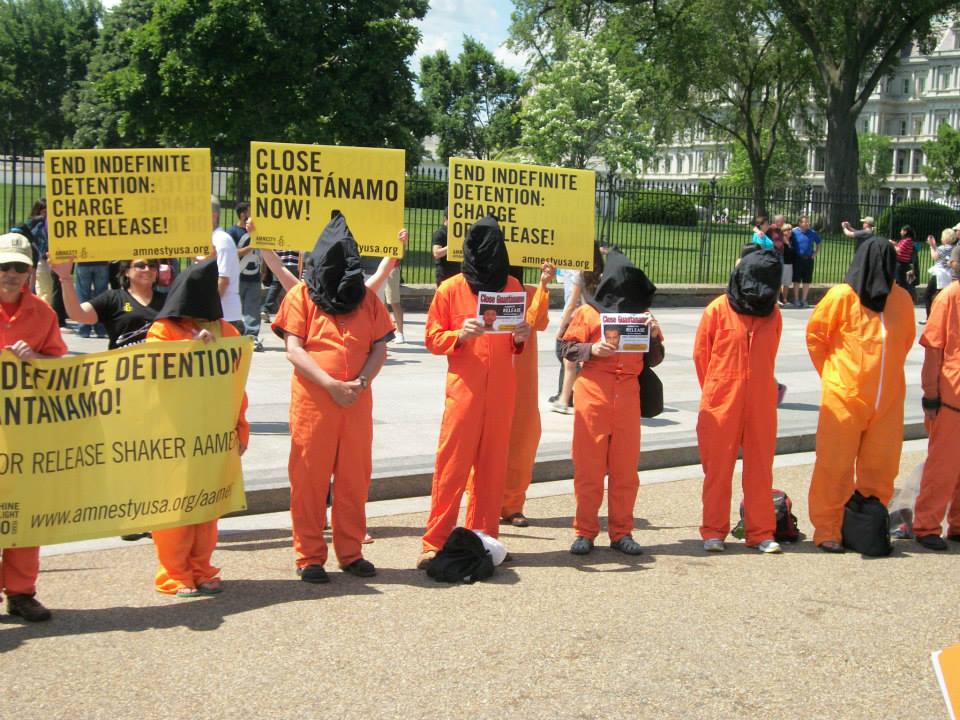 ICNA CSJ participated in the Close Guantanamo Rally in front of the White House on May 23, 2014.  It was a very good turn out and people from various parts of the country were present.  As Witness Against Torture pointed out:

“On May 23rd of last year, President Obama again promised to close the detention facility at Guantánamo. His pledge came in response to the mass hunger strike by men protesting their indefinite detention and to the renewed, global condemnation of the prison. One year later, far too little has changed: few detained men have left the prison and hunger strikes and forced feeding continue.”