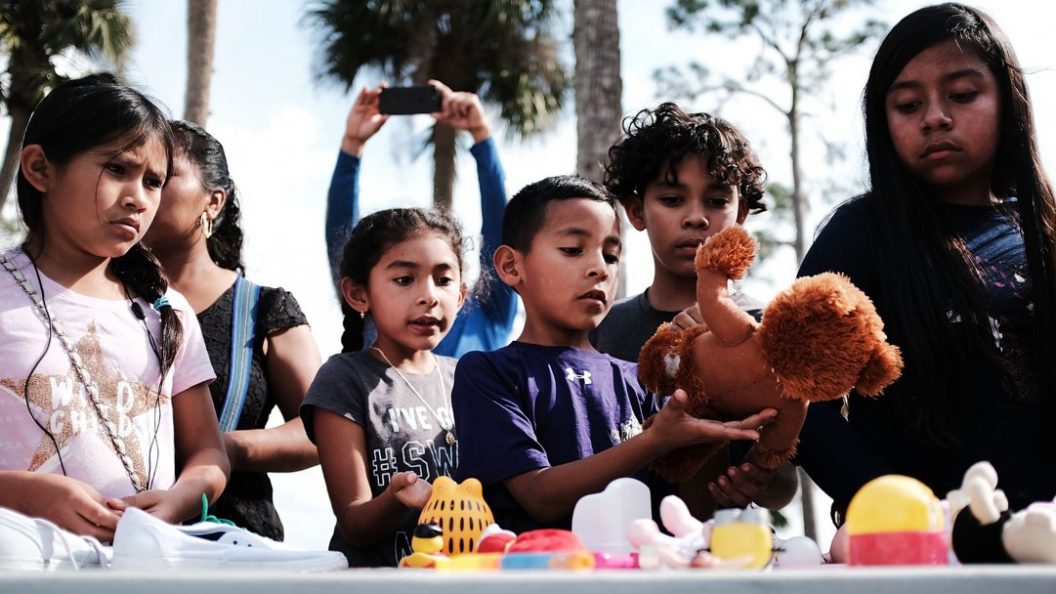 If you’ve been paying attention to the news this week, it’s been quite the frenzy for immigration. Stories of missing children, families being ripped apart, and children being abused are being thrown around and its hard to know exactly where this all began. The outrage first came to be as headlines of the  ICE losing nearly 1500 unaccompanied minors surfaced all over social media. The truth is that the children were not exactly lost– but only no longer tracked. Immigration and Customs Enforcement (ICE) released these unaccompanied minors to sponsors and after 30 days checked in on them with a phone call to confirm their whereabouts. The 1500 children who were lost were those whose sponsors did not answer the call. Thus, they’re not exactly lost, but are in a limbo– it is unknown whether they’re at home, safe and avoiding calls in fear of deportation (as most suspect) or God forbid have fallen into the hands of traffickers. Outrage continues as people demand for the children to be found, by tweeting, petitioning, and tagging their posts with the hashtag #WhereAreTheChidren.

The outrage continues to be fueled by the Trump administration’s new brutal border policy. Under the policy, if a family is caught illegally crossing the border, border patrol agents will forcefully separate parents from their children in order to prosecute illegal immigrants immediately. Parents will be detained in federal jails as they wait for their day in court to seek asylum, while children will be housed in Health and Human Services shelters. Experts from the American Academy of Pediatrics argue in a report that forced separation such as this will only serve to further traumatize children fleeing horrible conditions. U.S attorney general Jeff Sessions defends the policy as a “harsh deterrent” to illegal immigration, stating that “If you don’t like that, then don’t smuggle children over our border.”

However, currently HHS has 10,773 migrant children in its custody and its child shelters are quickly running out of space, leading officials to consider housing these migrant children in military bases of all places. The pictures below of children in cages went viral, sparking even further outrage with people stating that this is an inhumane way of sheltering children, even though the pictures were found to be taken under the Obama administration in 2014.

However, even if the pictures of children locked up in cages trending on the internet may be dated, strong indications of abuse remain. This past week, the American Civil Liberties Union (ACLU) published a report of documents taken from the Customs and Border Protection Agency (CBP which included harrowing allegations of verbal, physical and sexual abuse, such as denying medical attention to children, running children over with vehicles, placing a child in solitary confinement inside a freezer, forcefully touching a 16-year old girl in a ‘private search’, threatening a child with sexual abuse by an older, male detainee and throwing his birth certificate in his face, and further. In response to 145 pages of this, the CBP responded with a statement of their own, calling the accusations made by the ACLU “unfounded and baseless.” They state that the “report equates allegations with fact, flatly ignores a number of improvements made by U.S. Customs and Border Protection,” and ignores actions taken by CBP, such as conducting random visits.

As of now, statements from both sides leave things open to question in the media– but that doesn’t have to stop you from helping these children! Check out the table below and choose to do at least one thing in the spirit of Ramadan. Your donation or signature could be the reason a family gets to see each other once again.